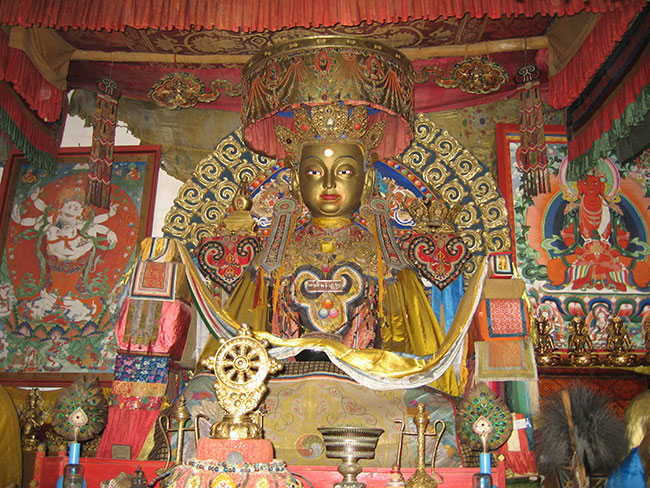 The focus on history and culture continues today with a visit to the Erdene Zuu monastery complex before setting off to explore the traces of the Uigar civilization along the river Orkhon. It is interesting to delve so deeply into the past after spending much of our journey focused in on the very concrete problems of the nomadic herders’ struggle in the present.

The area we are exploring today is part of a UNESCO World Heritage site collectively known as the “Orkhon Valley Cultural Landscape.” The “site” encompasses an extensive area of pastureland on both banks of the Orkhon River and includes numerous archaeological remains dating back to the 6th century. Together these elements reflect the symbiotic links between nomadic pastoral societies, their administrative and religious centres, and the importance of this valley in the history of central Asia.

The river basin was home to successive nomadic cultures that evolved in harmony with the natural landscape of the steppes. The earliest evidence of human occupancy dates from the sites of “Moiltyn Am” and “Orkhon-7” which show that the Valley was first settled about 62,000-58,000 years ago. It was successively inhabited by the Huns, Turkic peoples, the Uighurs, the Kidans, and finally the Mongols. At the height of its cultural ascendancy, it was the seat of the vast Mongol Empire established by Chinggis Khaan in 1220. A crossroads of civilizations, it linked East and West across the vast Eurasian landmass. 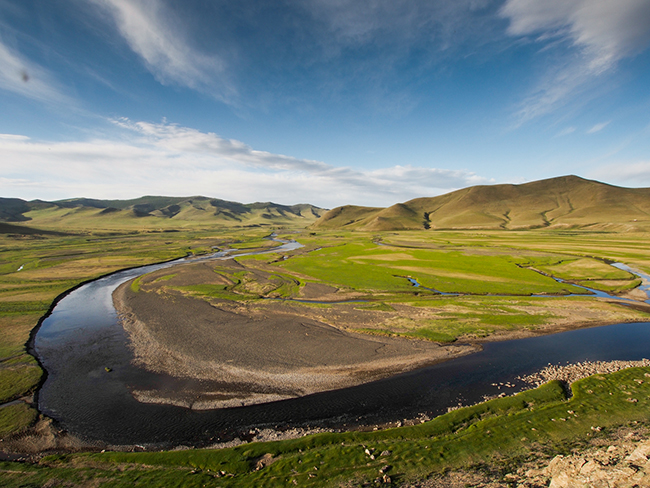 Looking at the evidence of history, we can see how the vibrant nomadic culture led to the development of extensive trade networks requiring the creation of large administrative, commercial, military and religious centers to support expanding empires in a kind of reverse domino effect.

We stopped at the site of the ruined citadel of Khar Balgas, a city founded in AD 751 as the capital of the Uighur Khaganate, which ruled Mongolia from 744 to 840. The outer walls remain standing (with gates in the north and south), and there is a Buddhist stupa and the ruler’s kagan or castle in the southwest corner. The city had an elaborate plumbing system, which brought in water from the river. We can see the remains of irrigated fields in the surrounding countryside from the top of the the wall.

This whole zone is part of a protected area, and the government of Mongolia has been very active in preserving it’s cultural landscape and natural heritage. The Constitution adopted in 1992 specifies that lands and natural resources can be subjected to national ownership and state protection, and a series of laws have been passed on “Special Protected Areas.” The vast majority of land in Mongolia, including all pastureland, remains property of the state, giving the government the necessary latitude to protect the natural environment and ensure that the nomadic lifestyle can continue. The herders do not own land, but have traditional grazing pastures and sites where they set up their gers by season. Inheritable long term private possession of land would be a serious threat. According to The Mongolian Real Estate Report, most of Mongolia’s total 1,564,000 square kilometers of land is classified as pastureland or agricultural land (1,153,326 hectares or 73.87%). A further 142,793 square kilometers is classified as forest land. Mongolia’s pastures comprise the world’s larges contiguous area of common grazing land. 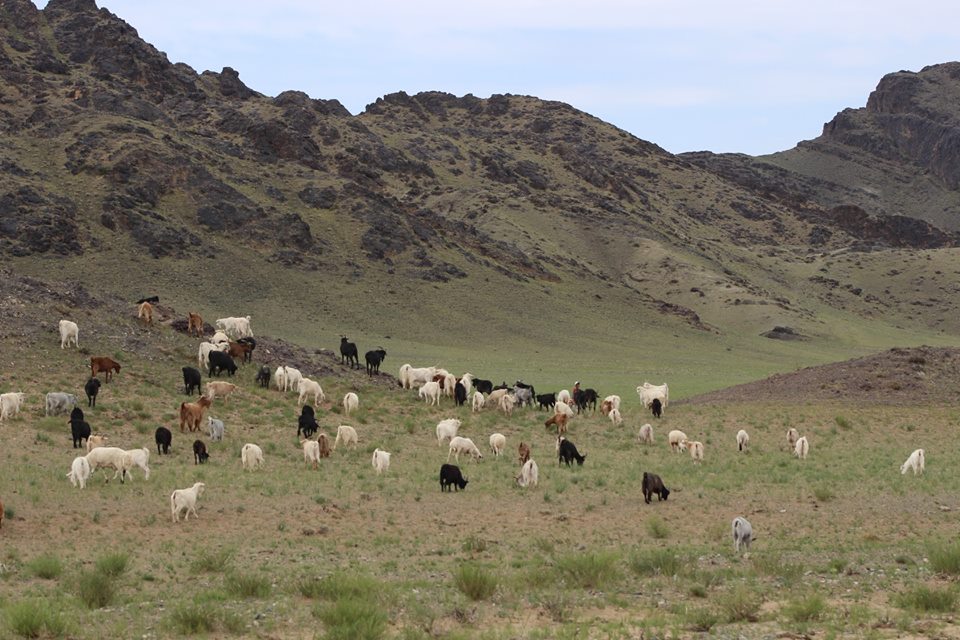 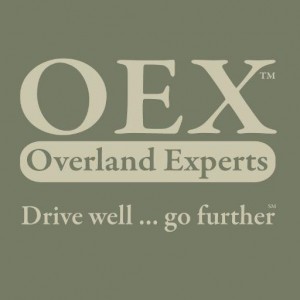