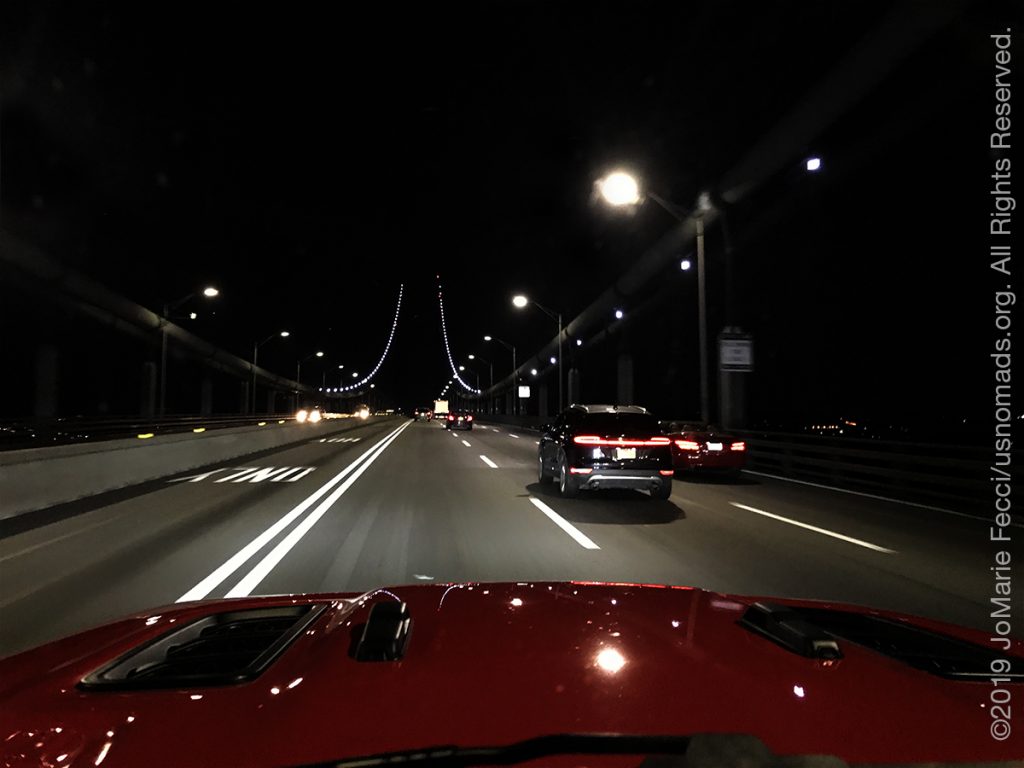 NESCONSET, NY to CLINTON, NJ (17 December 2019) — The journey begins! Hit the road after finishing my workday for a first short leg to the New Jersey – Pennsylvania border not far from where the Jeep will get her first upgrades tomorrow.

It was a smooth drive and the roads were pretty calm. I guess that it is mid-week so close to the holidays so people are busy shopping and preparing for their upcoming celebrations and so not out on the roads. In fact most of the other traffic I noticed on the highways were delivery trucks, Amazon, UPS, giant Walmart double 18-wheelers, all hauling holiday gifts like Santa’s little helpers.

The weather was good too, clear skies and not too cold…