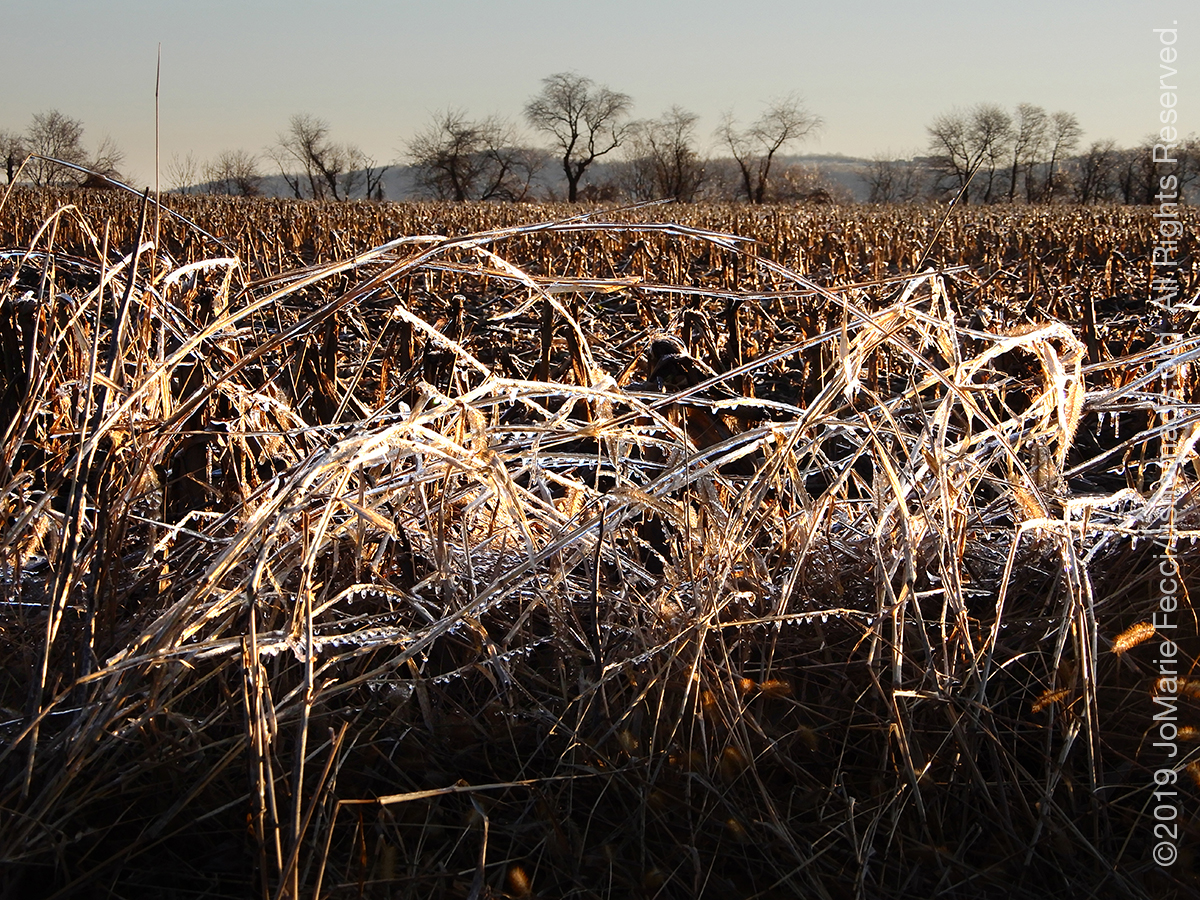 CLINTON, NJ to DUBOIS, PA (18 December 2019) — A special day for the Jeep today, getting an early Christmas present in the form of some upgrades before heading off across the very long state of Pennsylvania in the evening to begin the first major leg of the journey westward. And, yes, Pennsylvania really is a long state.

We began our cold crisp 28-degree morning leaving Clinton NJ on some rural backroads through frozen farmlands. There was a coating of ice on everything and the early morning sun made it all glisten. The outside temperature made me really glad to have those heated seats. 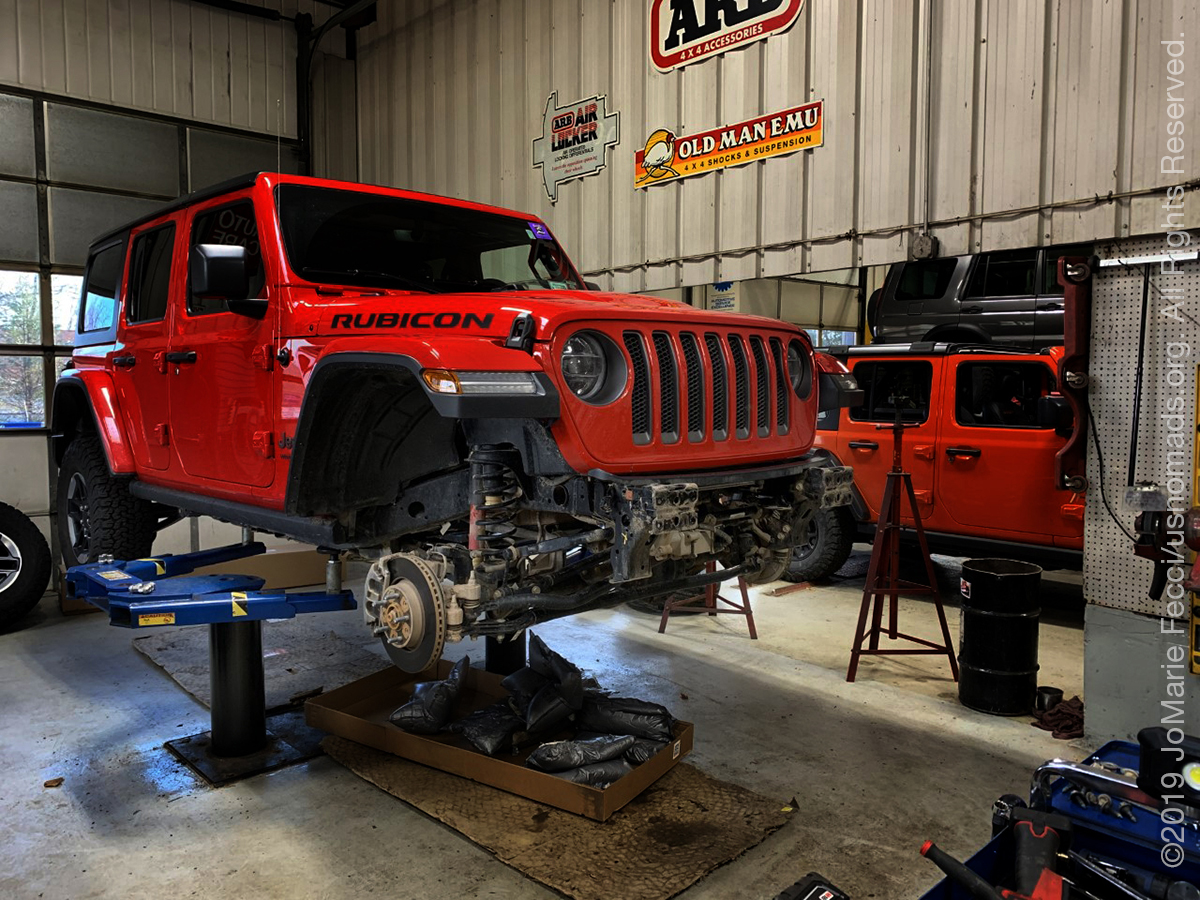 The first stop of the day was OK4WD in Ridgefield, NJ where the JL was treated to a new RockHard 4×4 aluminum front bumper and rock rails, Warn winch, ProComp wheels and Mickey Thompson Baja tires that will make her even more capable. The upgrades also gave her a great new look that begins to set her apart from the stock “crowd.”

After spending the day getting pampered in the shop, the JL was ready to hit the road by evening. It was a grey non-sunset kind of day as we started the first big leg of the journey westward, trying to cross as much of Pennsylvania as possible. 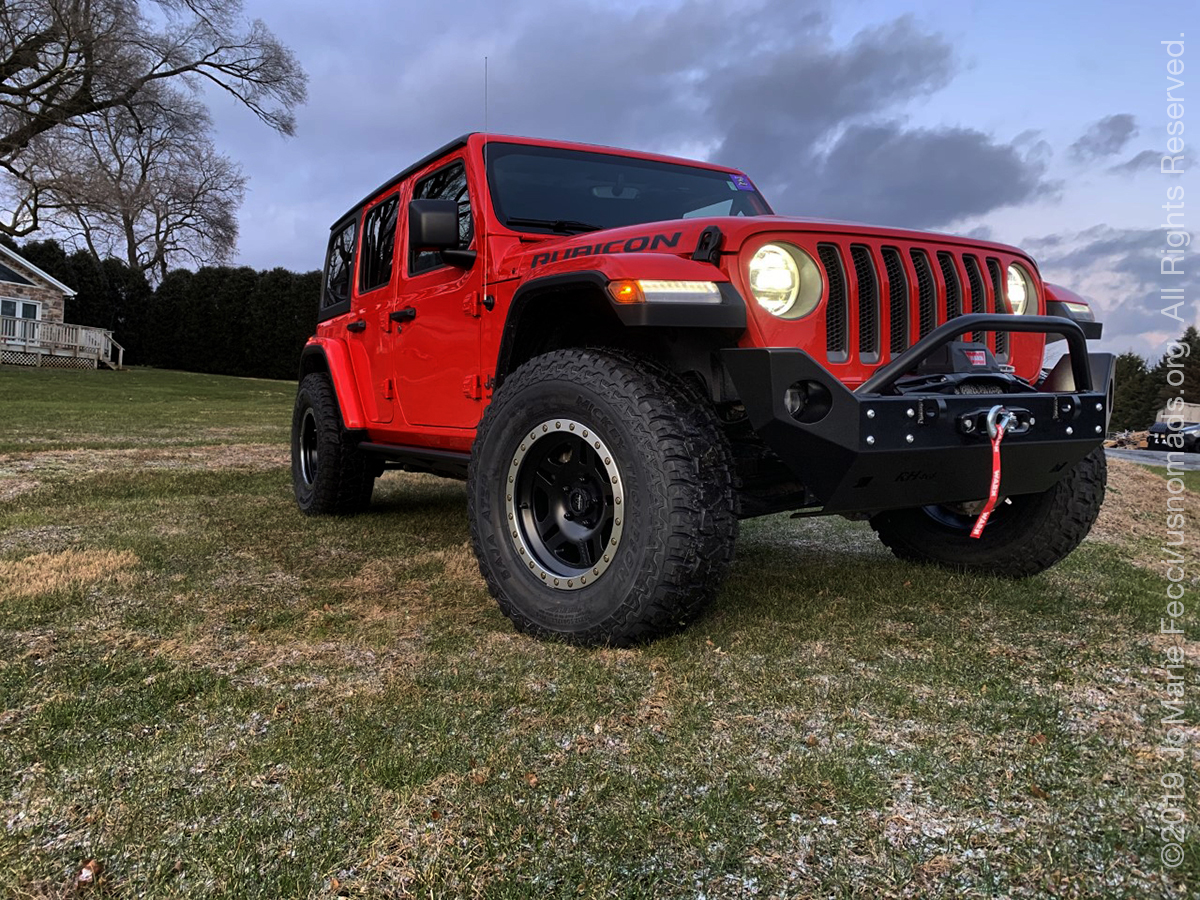 Ever since our “Great American Roadtrip 2010” adventure I have always said that Pennsylvania is a really BIG state. Or more precisely a “long” one, from east to west. And we reconfirmed that with tonight’s drive. It turned out to be a difficult one.

I had been so focused during my planning on the Colorado weather and the potential problems of crossing the Rocky Mountains via the I-70 that I didn’t even think about the mountains in Pennsylvania, which may not be as high as the Rockies, but ARE a ski destination here in the east. That should have made me realize that winter weather could be an issue. But it was only with the first “snow squall” experience that I realized it. 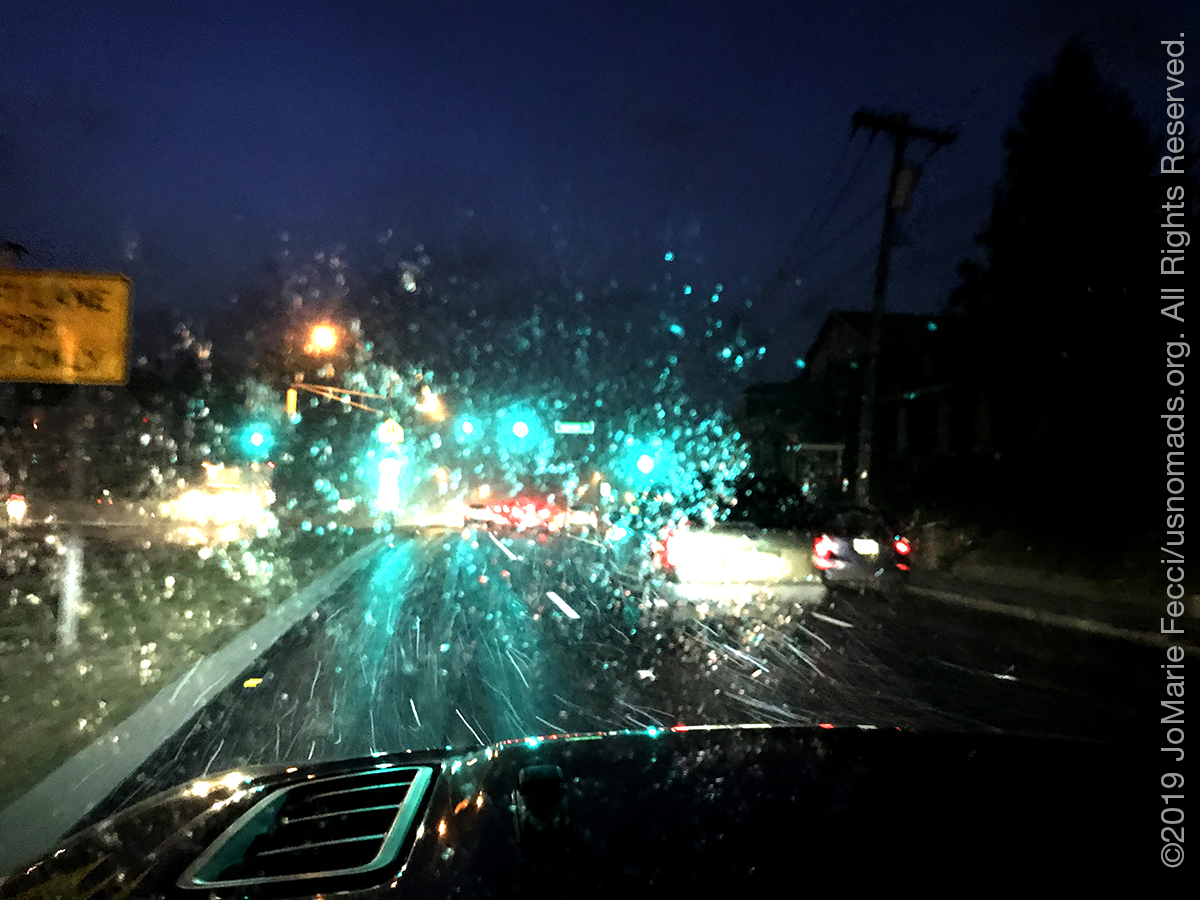 While the weather did not initially seem bad when we crossed into Easton PA, I soon learned what a “snow squall” is. It was similar to a sand storm, but with snow, and it can “white out” everything, and it was night. There were pockets of these “squalls” all along the route, and each one reduced driving speed to a walking pace. I really couldn’t see a thing apart from the taillights of the truck in front of me. And I felt very grateful for the big trucks and experienced drivers. At one point it got so bad that I had to get off the highway and just stop driving for a little while. When the squall eases up it is like nothing happened, and there is just a light layer of slushy snow if anything. Though with the temperature down to 10 degrees it could freeze up and become a sheet of ice.

I lost about an hour due to the squalls and then reached a point where I-80 was shut down completely. (I found out later on that there was a 20-vehicle accident with two fatalities due to the white out conditions). The GPSs did not know that the highway was shut down, and both GPS units kept trying to direct me back on to the highway. Everyone else seemed to be relying on their GPS too and this created a massive traffic gridlock as we all drove in circles trying to get back onto the closed highway. When I finally realized what was going on, I took the first open road west that I could and pulled over to look at a paper map and determine an actual route. The new route was longer than the I-80 would have been, but it was smooth driving and empty.

By the time I reached DuBois PA I was exhausted from the extra concentration required to drive in the weather conditions and ensuing chaos of the “squalls” so I decided to call it a night. I didn’t get as far as I wanted to distance-wise, but I was still further ahead than what my plan called for, so all good. And now I am over “the highest point east of the Mississippi” according to the road sign, so all should be smoother from here on. The good news is that the forecast for the Colorado mountain pass looks good as long as I make it within the next four days… 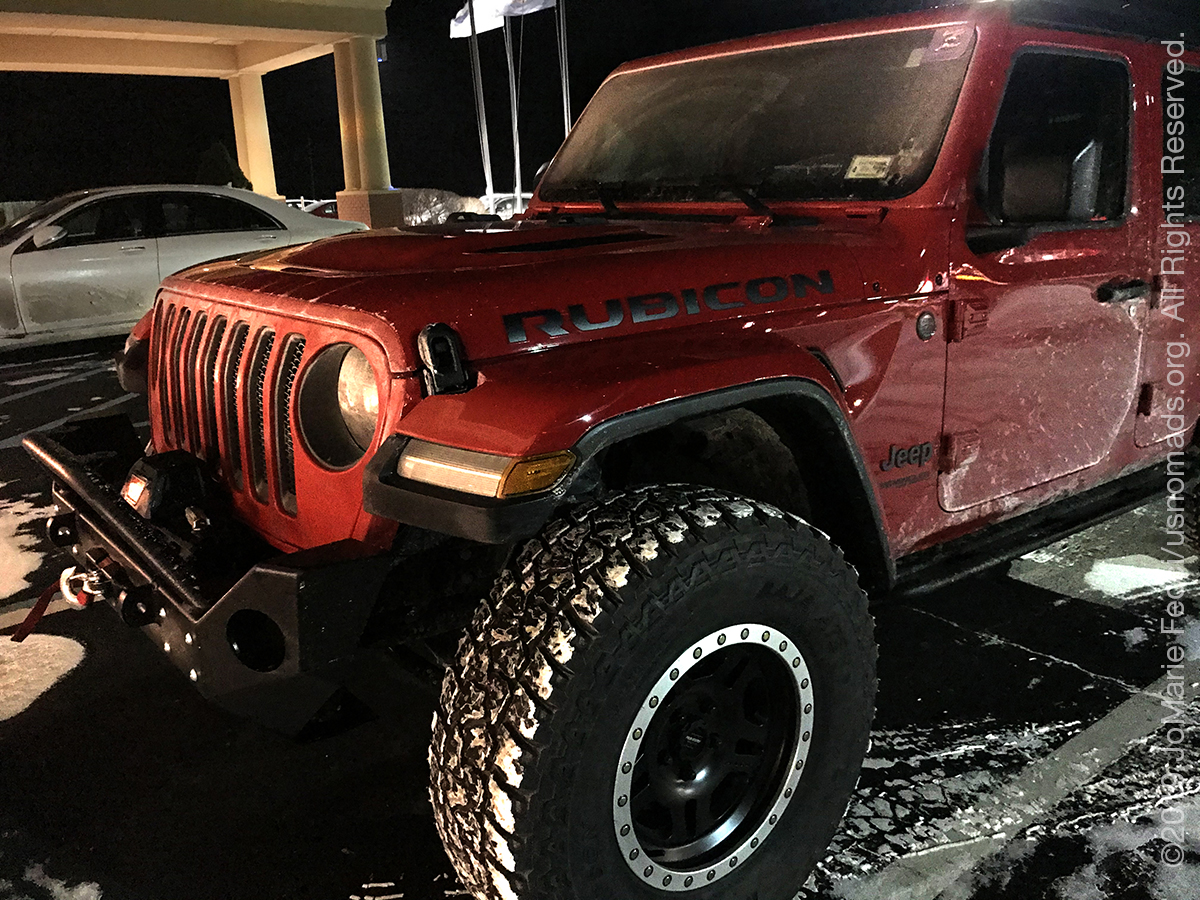