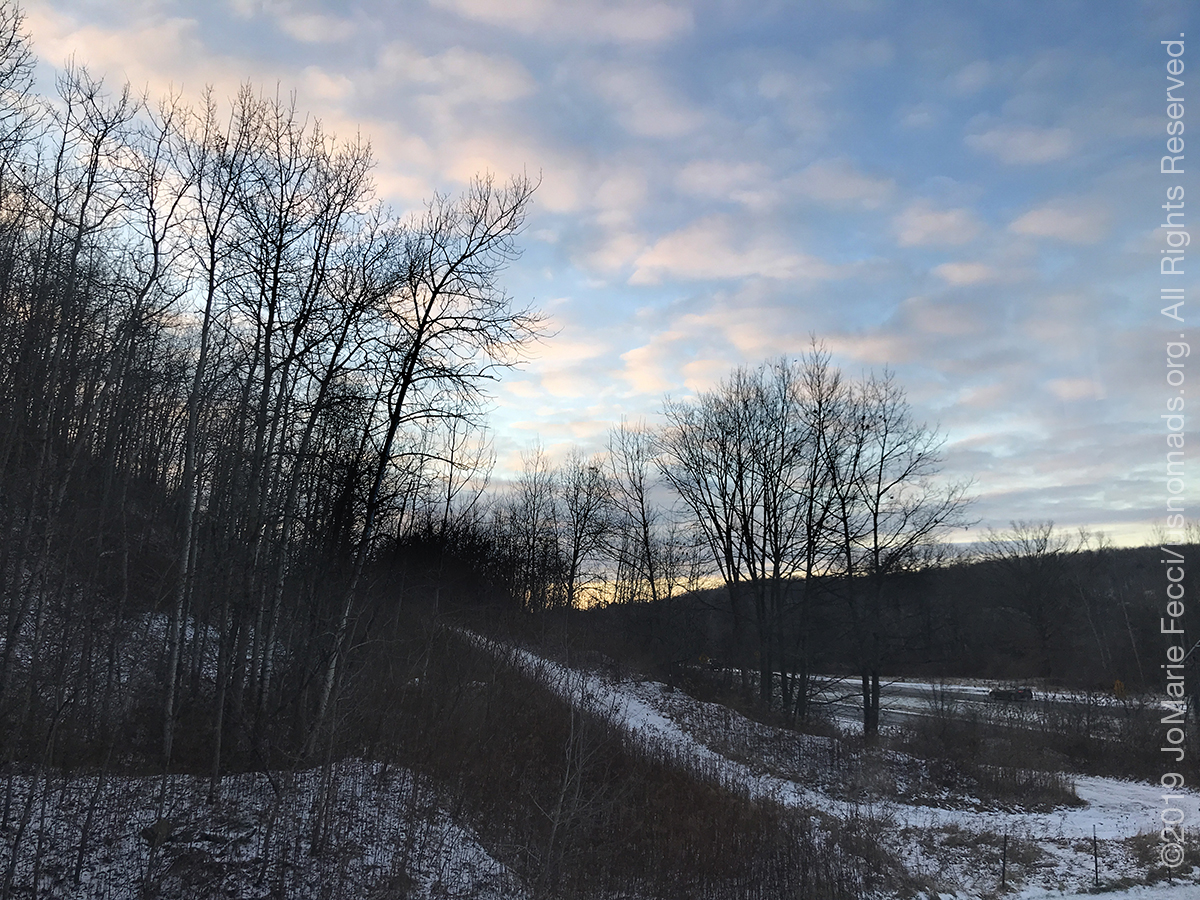 CROSS-COUNTRY LEG 2:
PA to OH to IN

DUBOIS, PA to ANGOLA, IN (19 December 2019) — Drove across three states today, making it through the last bit of Pennsylvania, all the way across Ohio, and into Indiana. Winter was a bit kinder weather-wise, even if it was still extremely cold, and thankfully there were no more storms.

I was able to get off work a bit early and start my drive in total daylight for a change. It was relaxing driving under blue skies, and despite the bone chilling temperatures outside, the Jeep was like a warm and cozy cocoon. I picked up with the route along I-80 heading west following the tar ribbon that connects east and west at high speed. Though I had daylight, there was not much to see from the Interstate. That is one of the big differences (and challenges) of this trip versus the last time we drove completely across the U.S.A. — this time I have to stay focused and keep driving rather than exploring the places I am driving through, and this is a bit frustrating for me, as I know that every place has a story, but this time I need to “arrive” for a specific date and so I must force myself to keep the discipline and continue on in my own personal marathon.

I saw the sunset as I drove (but could not make a photo of it since I was driving), and made it into Ohio. As I approached Toldeo I thought about how it would have been fun to go find the Jeep factory so that my JL could say hello to all its new relatives, but it was already dark and it would have been a long detour. I stayed focused and passed through Toledo continuing along as planned.

The place I tried to stop for dinner at was “closed until further notice” and so I had to find someplace else and ended up in a small train-themed bar and grill that seemed popular locally. The parking lot was icy and that reminded me to be careful for “black ice” when I got back on the road for the night’s last block of miles into Indiana.

By the time I’d reached a hotel in the town of Angola, IN, I had made up the time I lost due to the squalls yesterday and more. I was literally at the location I was supposed to be arriving to tomorrow night, and had driven a cumulative 730 miles instead of 411 miles as written into the plan, so I am definitely ahead of the game. And on that very positive note, I headed off for a solid night’s sleep just before midnight … 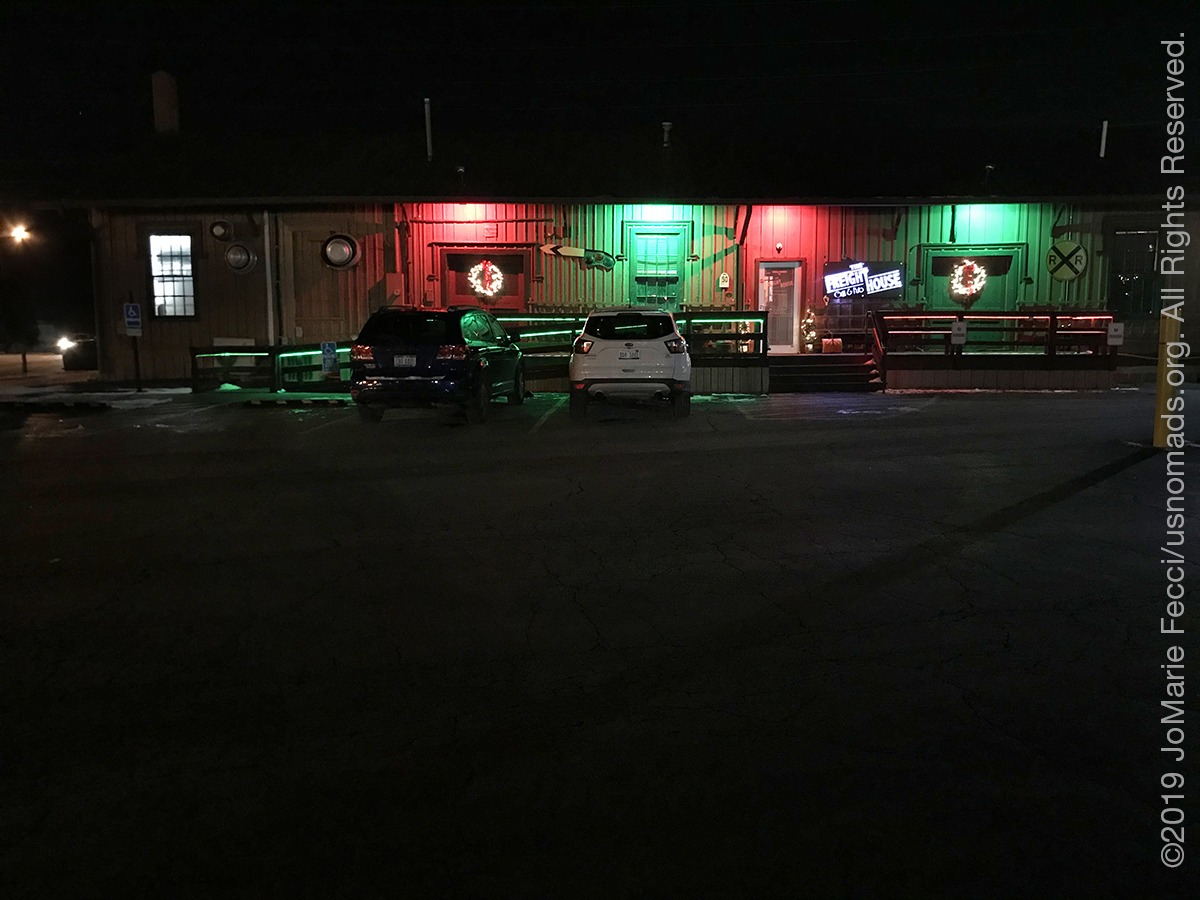