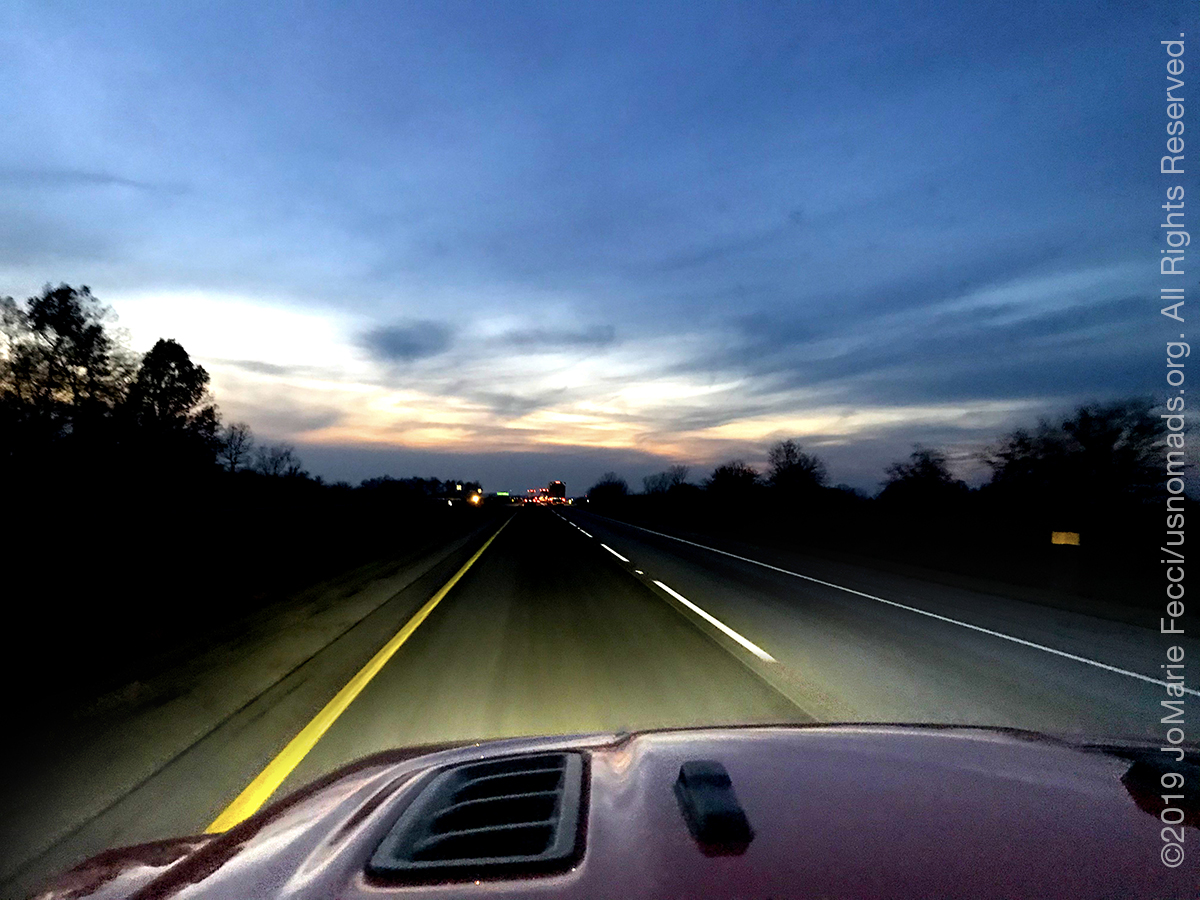 CROSS-COUNTRY LEG 3:
IN to IL

ANGOLA, IN to PERU, IL (20 December 2019) — I love the fact that I drove from “Angola” to “Peru” today! And though it was quite a lot of driving it was not exactly from Africa to South America — rather Angola, Indiana to Peru, Illinois. Still, a drive across two states and into a new timezone is quite a journey.

It was the last workday before the holidays, and we got off a little bit earlier than usual, so I got on the road just after sunset but before it got dark. The I-80 continued straight ahead for another night’s drive. One “problem” with the Interstate is the lack of “character” en route. It is hard to feel the transitions between the places we are passing. We can only mark the passing by the names on the exit signs. Unless we get off.

I got off the Interstate to go have dinner in a town called Valpariso in Indiana where I went to find a Spanish restaurant I had seen advertised on a billboard that looked interesting. The town was all dressed up and decorated for the holidays, and it seemed like there were plenty of fun little bar/cafe/restaurant type places if I couldn’t find “Don Quixote’s”. 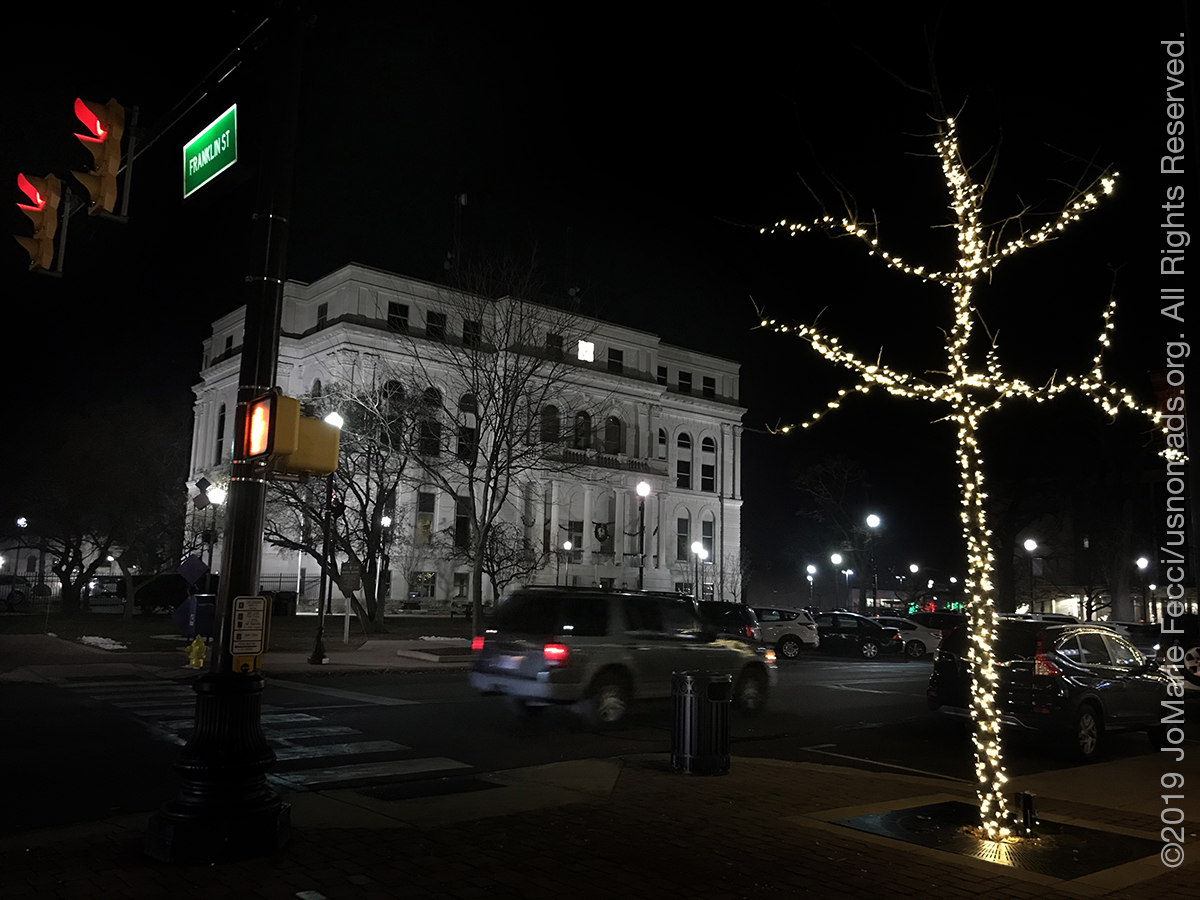 It was still quite cold outside but I enjoyed a short walk around a few blocks near the main street on my way to the restaurant which turned out to be quite charming in its own way. The owner was there and was very jovial and engaged with the clientele who seemed for the most part to be locals familiar with the place enjoying a pre-holiday meal with friends. I was quite pleasantly surprised when the owner offered me a glass of Port on the house after my meal. 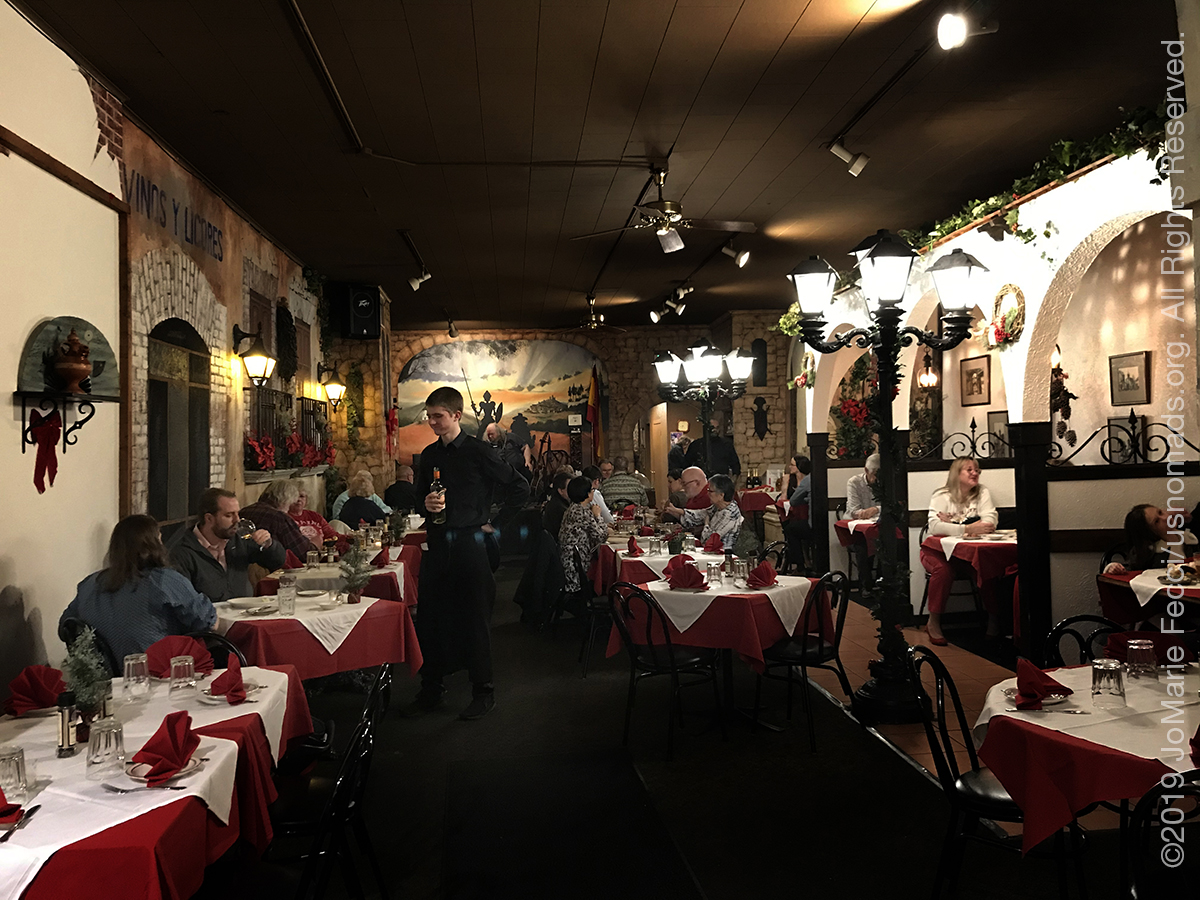 Dinner had been relaxed and very good and I was in an excellent mood celebrating my “freedom” from work for the next ten days or so. When I got back on the road I continued to make good progress and made it all the way to Peru, a town very close to the park I want to go hiking in tomorrow.

The temperature had finally improved too. It was now above freezing for what seems like the first time in days. 35 degrees at a little after 11pm was almost “tropical” relatively speaking. And in the parking lot my Jeep made a “friend” … 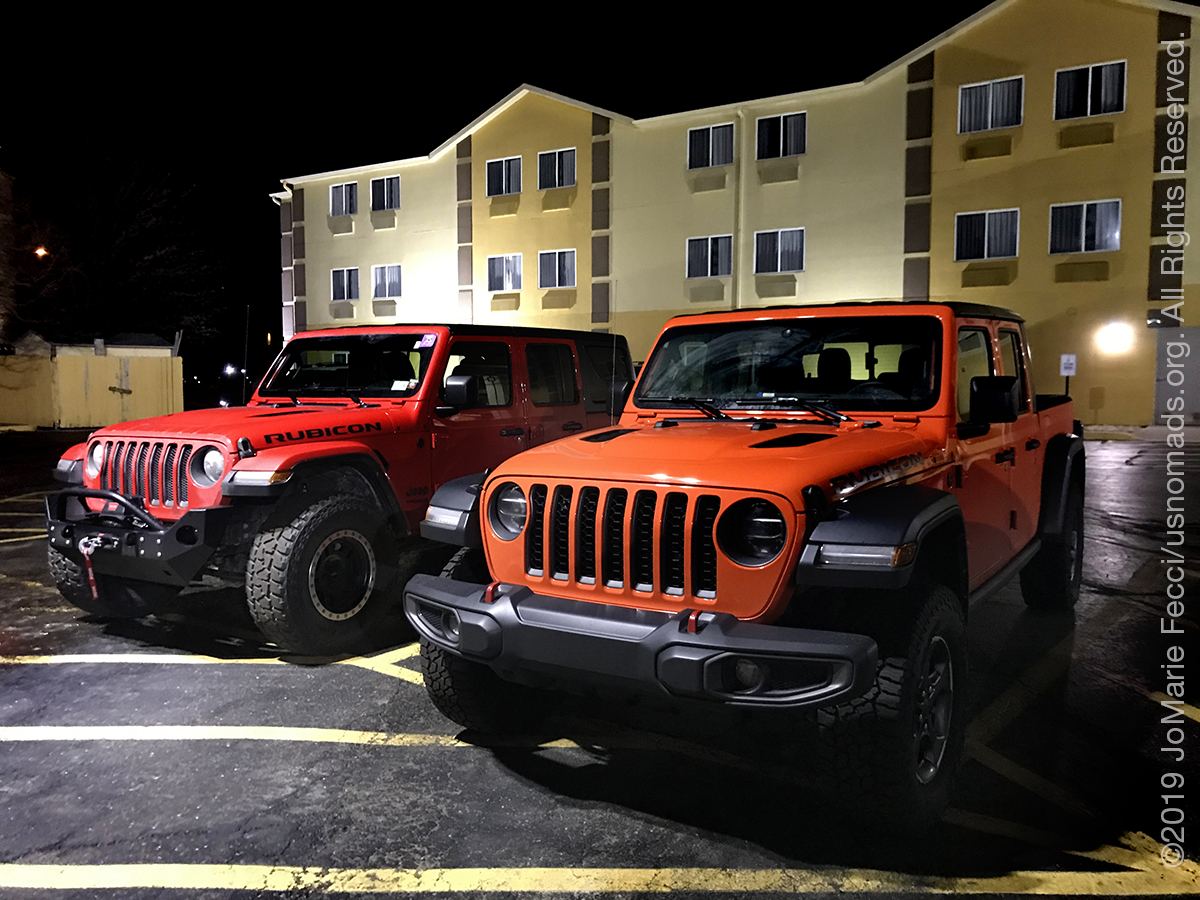