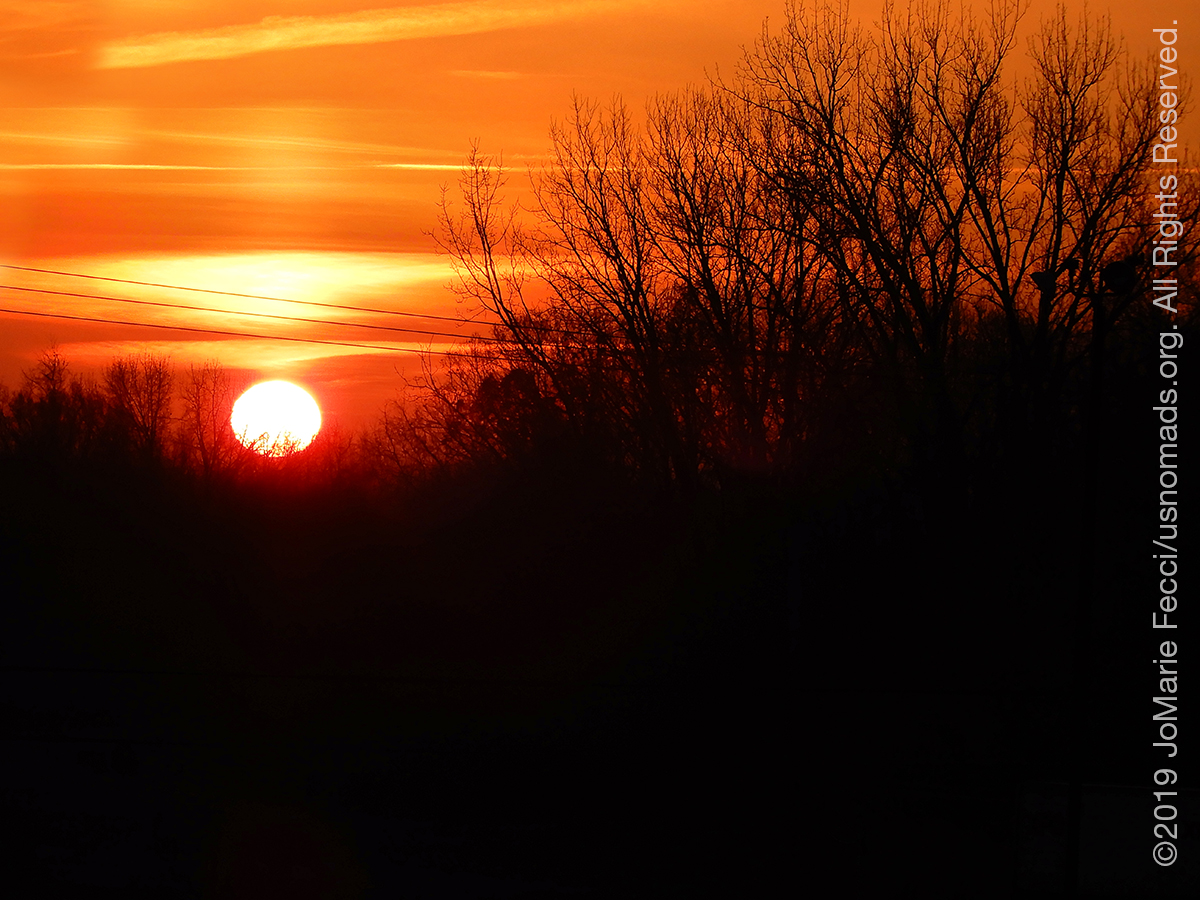 PERU, IL to York, NE (21 December 2019) — Winter Solstice and I am about halfway across the U.S. in my journey so far. Today is the first day that I have the whole day to drive, and so I started off with a short hike at Starved Rock State Park in Illinois where I wanted to check out some canyons, a very unusual type of terrain for this part of the country.

There was plenty of snow still on the ground when I got to the park which is located on the south bank of the Illinois River. Icy trails can be treacherous, but I found a great hiking stick near the parking area, and bonus is that it was chewed by a beaver, which I could tell because of the unique point at the tip and the teeth marks still evident. With “beaver stick” in hand I headed up to the top of “Starved Rock” to get a look around and maybe see some eagles. 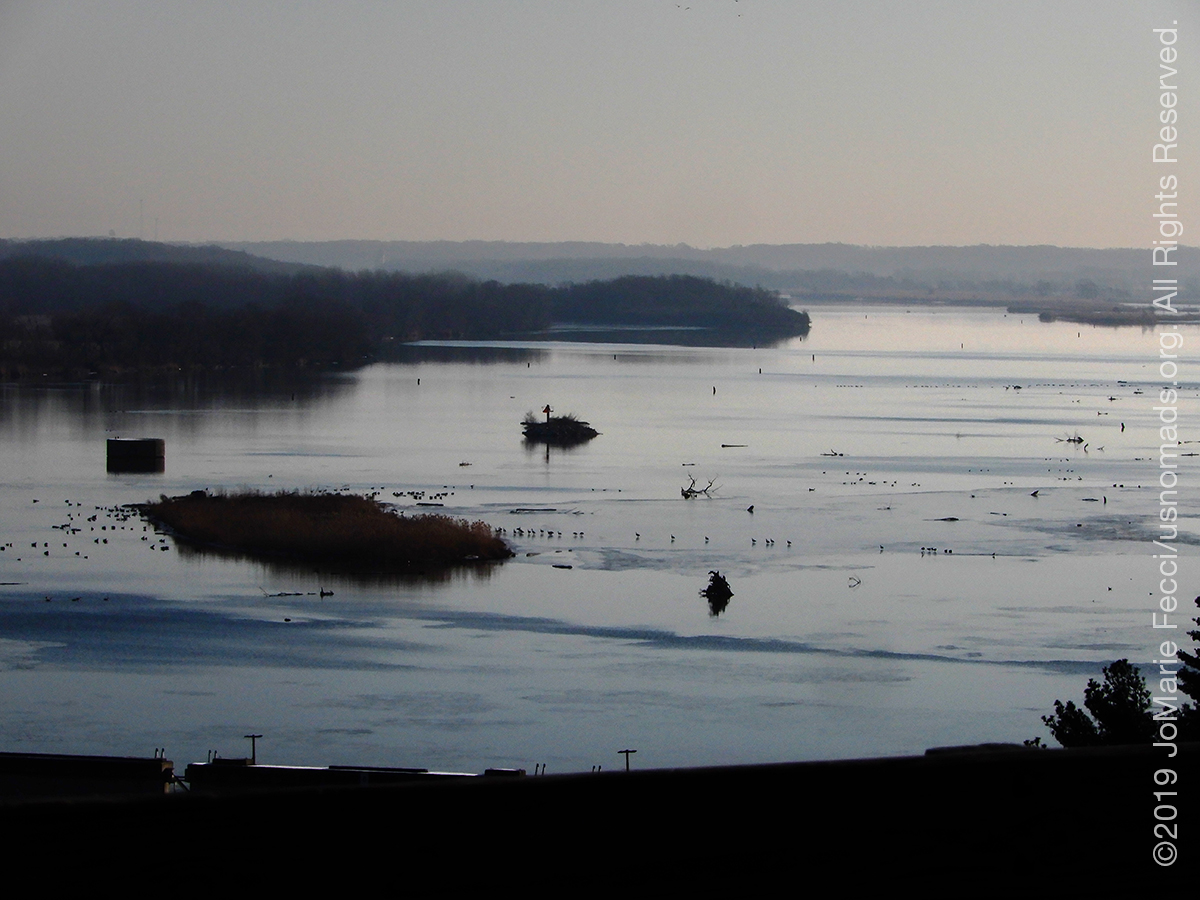 There were a few serious photographers up there with big lenses so I imagine it is possible to see the eagles with enough time. I had only a two hour window before I had to get back to driving. I decided to go for a hike down one of the shorter canyon trails, French Canyon, to check out the kind of canyon that could exist in this area which is mostly flatlands. 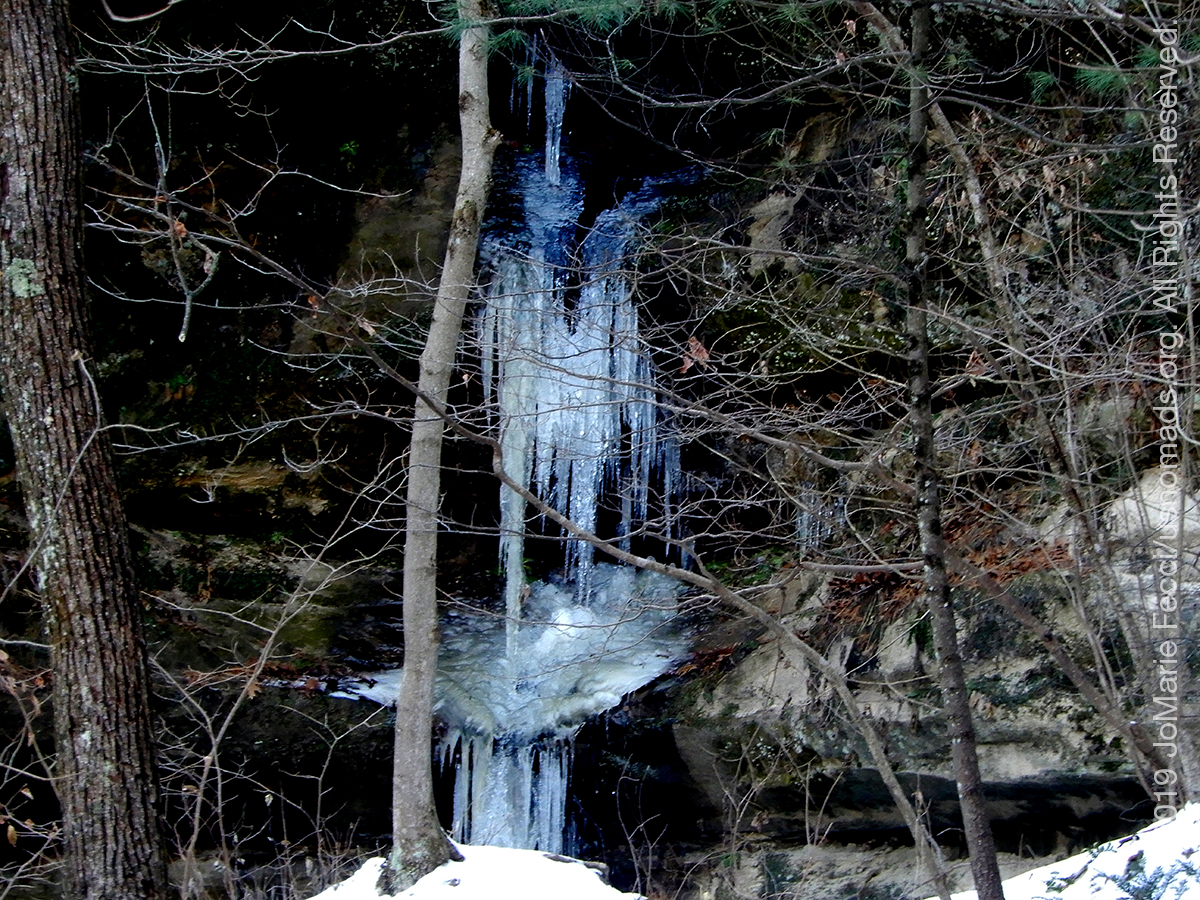 The trail had a coating of snow and there were plenty of animal tracks too. One of the most interesting things was the fact that the waterfalls were frozen — which was actually pretty cool. I only got to see a few of the smaller ones because when I arrived to the canyon narrows the stream was a sheet of ice and a couple who seemed much more agile than me were slipping and sliding all over the place, so I decided to be safe and turn around and go back for a walk along the side of the river where it was flat and not frozen. 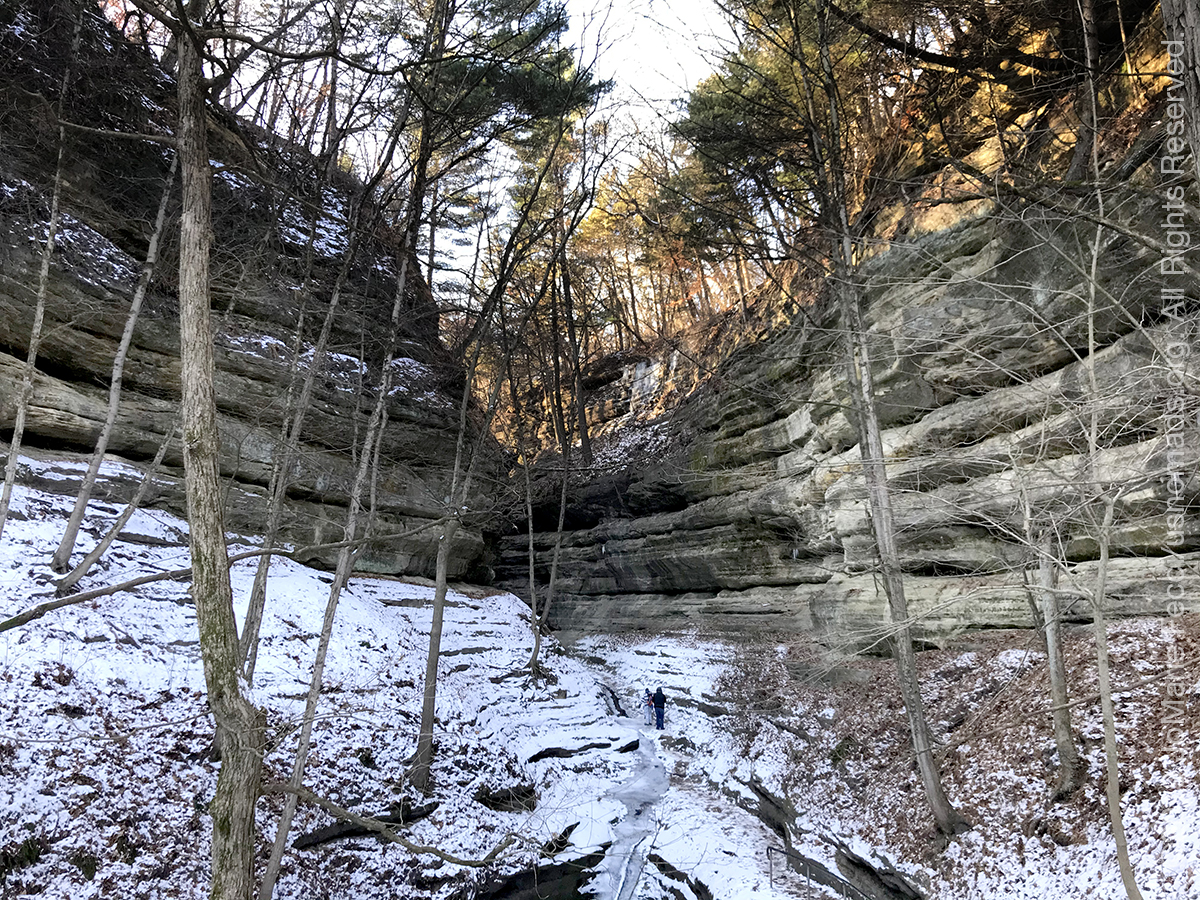 My two hours went by quickly and I had hardly explored anything by the time I had to get back on the road, but I was still very glad for having made the stop, and I hope to be able to come back again to explore further when it is not quite so frozen. 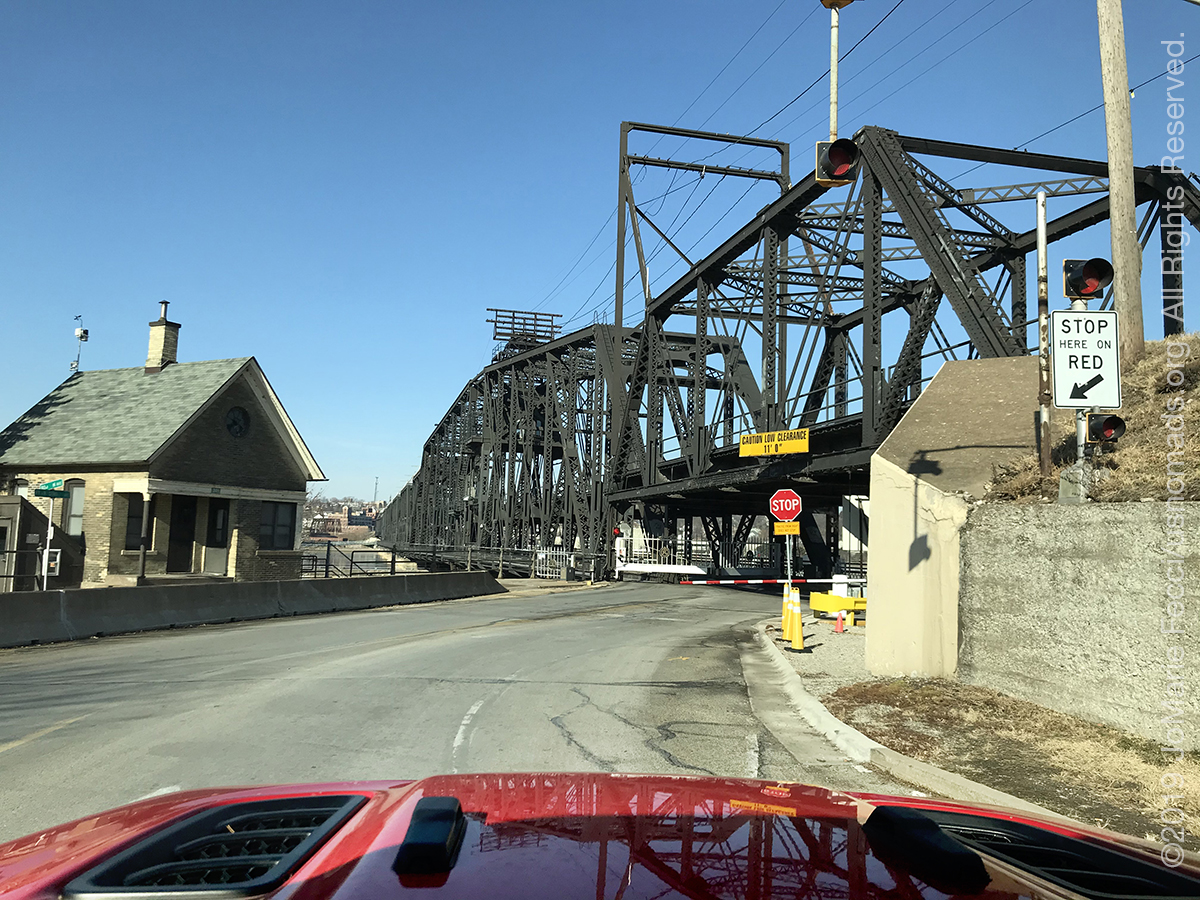 Re-energized by my walk I returned to I-80 and pressed on towards Iowa. However, getting into Iowa proved more complicated than it should have been because once again there was road work going on and the road was closed but the GPS units didn’t know it. Just like the other night I found myself going in circles that kept returning to a closed section of the Interstate. Luckily after last time, I was quick to look for an alternate route on the paper maps, and was increasingly glad that I had decided to carry a U.S. road atlas with me. I had hesitated to take it because I knew I had two GPS units and that I was basically just staying on I-80 until Colorado, but it was coming in very handy for these road closures. 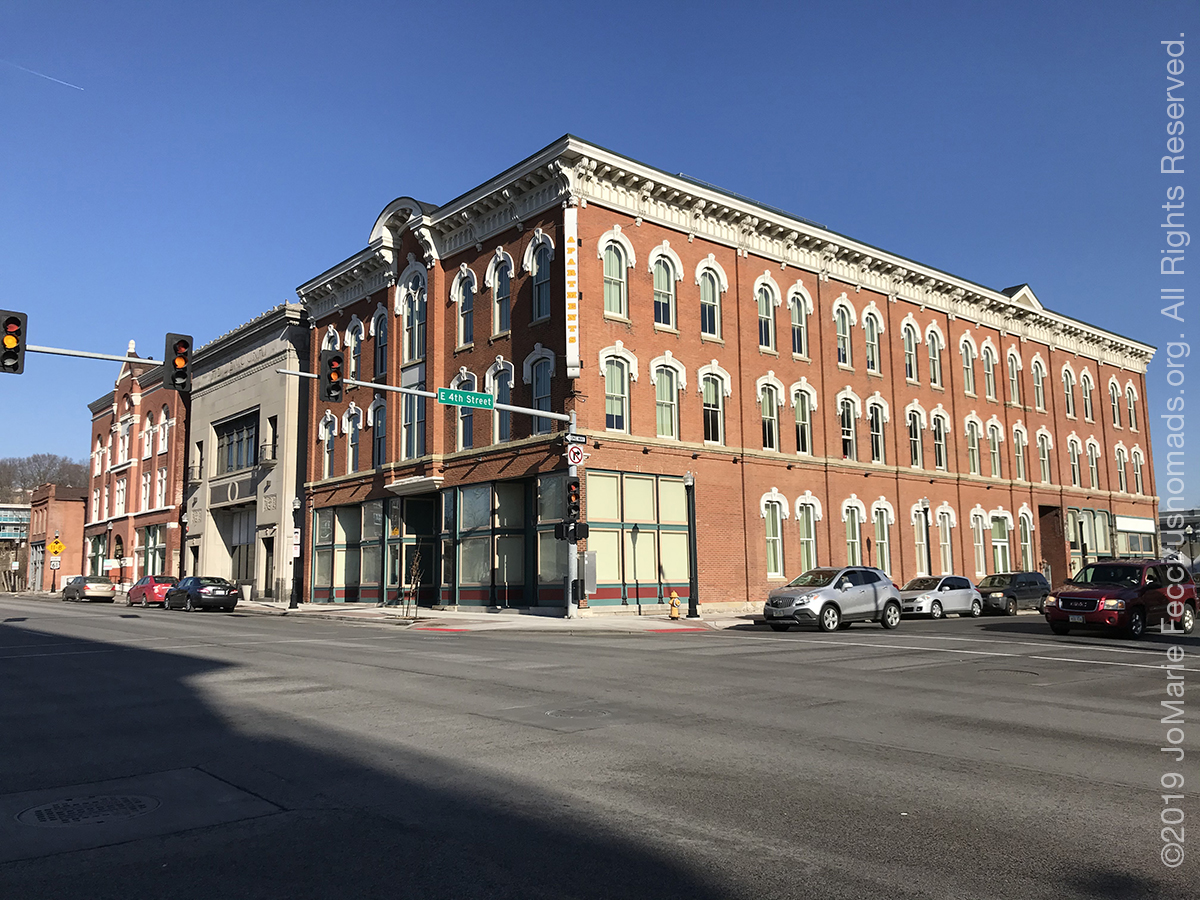 My alternate route across the great Mississippi took me via the Rock Island Arsenal, which seemed interesting, and I ended up having to wait for a unique kind of drawbridge that pivots instead of raising. I watched the bridge do its thing then hurried back to the Jeep because I was first in line to cross and there were many cars behind me. Once across I was in Davenport, Iowa, which seemed like a relatively quiet city on a Saturday afternoon. There was some interesting old-style main street architecture that is kind of iconic of “middle America” and I stopped there for lunch at the Bix Bistro in the Blackhawk hotel. 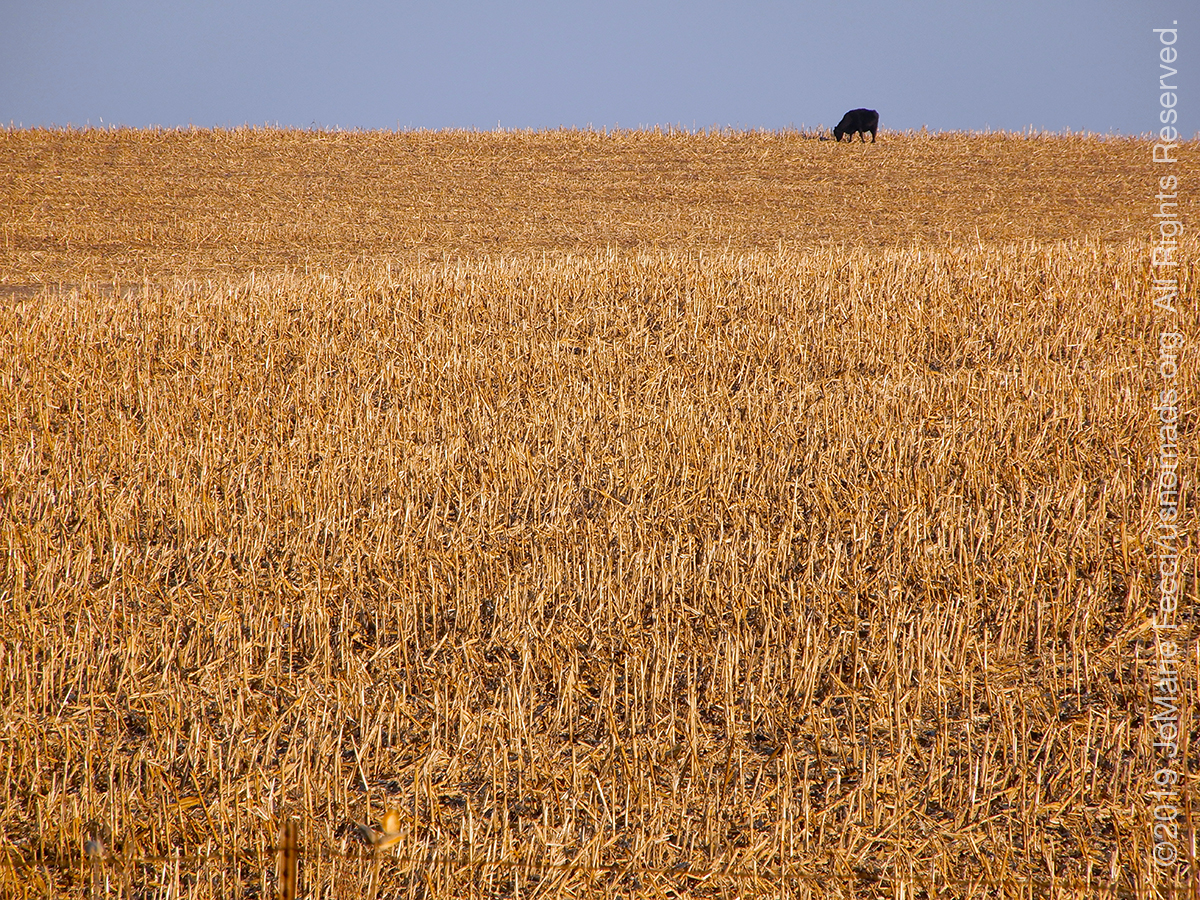 Leaving Davenport I continued westward into a landscape of flatlands and endless horizon where fields of cut corn had turned golden brown and were now dotted with the occasional grazing cows. The scenery went on like that for the rest of the day until around sunset I passed an area with giant windmills instead of cows. I kept on driving until I reached Nebraska and found a hotel in the town of York for the night … 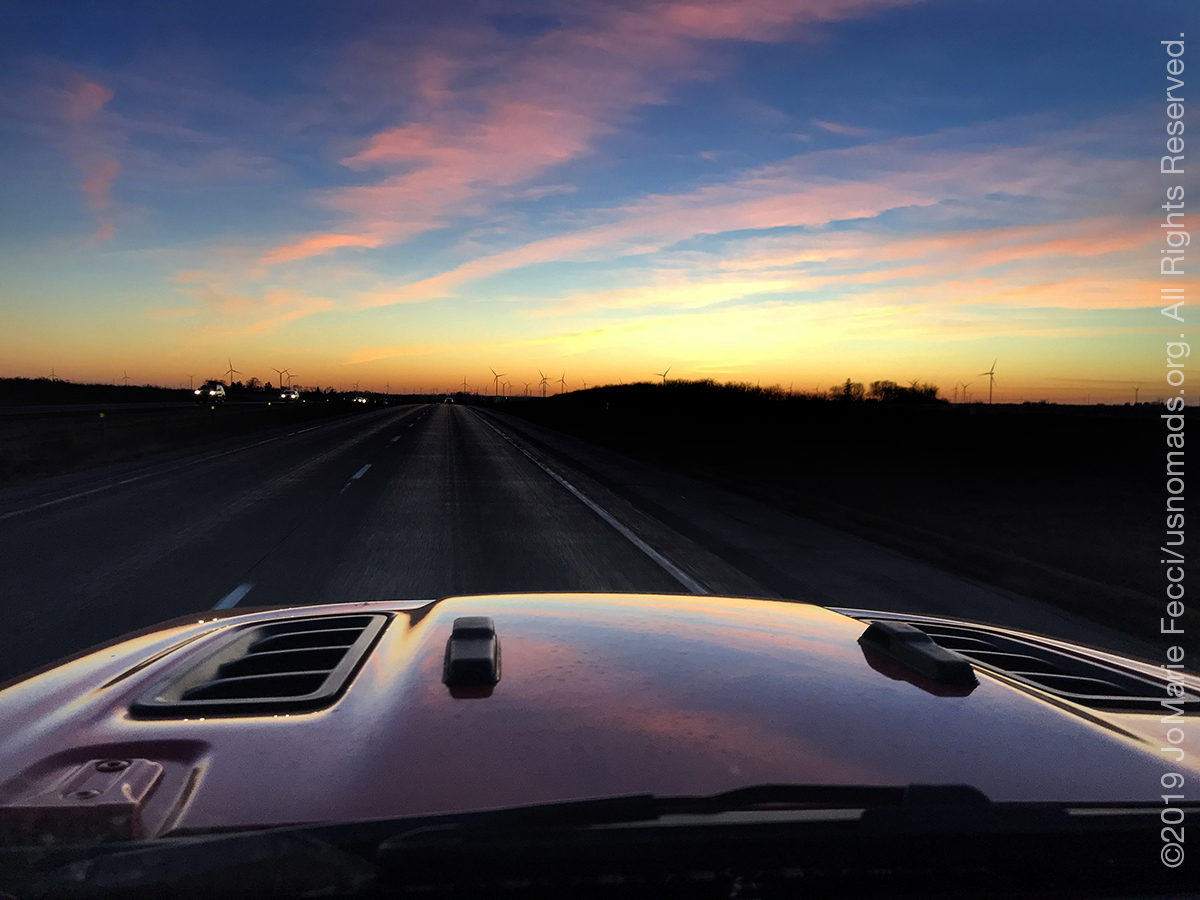