I could read a road map without a problem, but a topographical map seemed more complicated, and the old black and white line drawn maps of Morocco that we would have to use for the Gazelle Rally seemed more like modern art than accurate indications of terrain. In my search for “help” with navigational skills, I came across something called “orienteering.”


“Orienteering” is a sport that involves finding your way to a number of checkpoints using a map and compass, very similar to the way we will need to navigate during the rally — except in “orienteering” it is all done on foot in a timed event. “Runners” who compete in the sport move rapidly through the terrain “bushwhacking” their way from control to control in as direct a route as possible. This mirrors what we will need to do in our vehicles during the rally. Of course, I am not a “runner,” but after hearing about our bid to compete in the Gazelle Rally, folks from the Orienteering USA organization invited me to walk their courses as I worked to master those basic map and compass skills.

Blue Mountain, in Peekskill NY, is about as far from the desert as you can get. Still, I was able to learn some basic lessons about using a map and compass to find my way through confusing terrain (in this case heavily forested rocky hills).

With my “checkpoints” plotted and the straight lines drawn, I just had to lay the compass on top of the map and line up the north on the compass with actual “real life” north. So far so good. However I quickly found out that keeping the map and compass aligned while crashing through the woods is not so simple.

Following the map closely, I tended to stay on the trails which were easy to “see” but not always the “shortest route.” I had to force myself to look at what is “in between” trails. We are all so well-trained in “tread lightly” ethics that we instinctively shy away from ever stepping “off-trail,” but the whole point of orienteering events is to locate “controls” placed deep inside the woods. I had to leave the trail behind and find a specific location using just the terrain features as guides. This was seriously “hard,” especially after I lost track of my direction going off on a tangent to photograph some deer!

As I started to catch on it became “fun.” Then the rain started. Light sprinkles turned to a torrential downpour. I was in the middle of the woods, far from my Jeep, and the rocks were getting slippery. Soon I was completely drenched and could barely see through my glasses.

Lesson three: extreme discomfort — and how to continue functioning, stay focused and successfully complete the task at hand.

After several orienteering events I got more comfortable with the compass and map. The unexpected wildlife encounters remained a treat, but I was starting to appreciate some important navigational lessons.

I noticed a “pattern.” Often when I was “off” it was because I was looking for something I saw on the map that was no longer there on the ground. I counted on a “landmark,” such as an intersection or structure, to determine my position, but it was gone. Or conversely I was confused by something “new” that didn’t appear on the map.

Experienced orienteers explained that I needed to focus on the contours of the terrain, which — even in the desert — remain “fixed,” rather than pay attention to ephemeral landmarks and trails.

NOT JUST A WALK IN THE PARK

My “final” exam seemed like it would be “easy”: the event was at a nature preserve on suburban Long Island not far from home. I reasoned that it wouldn’t be that physically difficult because the terrain is relatively flat. And I was “ready” for the navigational challenge!

Feeling confident in my new map reading skills, I decided to attempt the “red” course — the hardest one.

The weather was perfect and wild flowers bloomed along the woodland trails. Unfortunately, the “red” course didn’t follow trails. I quickly began to understand why they call this “bushwhacking.” Checkpoints for the “hard” courses are hidden deep in the woods, and I hadn’t considered the nature of “off-trail” hiking. Reaching the CPs required slogging across muddy streams, crashing through thickets of thorn bushes and having to climb over masses of tangled trees! All the while keeping track of my position on the map.

It was slow progress with lots of “go arounds.” I probably really did more than double the distance of the straight-line calculation from checkpoint to checkpoint. And even with spot-on navigation, finding the small “control” boxes where I had to punch my ticket was not easy. They were strategically placed behind rocks on top of hills or within thick clusters of massively tangled fallen trees. If you weren’t sure of your location you would pass right by without seeing it.

By the time I completed the course, with all sixteen CPs correctly punched, I was scratched and bleeding from thorns through my clothes. My hands were sticky with black pine tar, and I was exhausted, stiff and sore.


MORE ON TRAINING: Tactical Driving & Expedition Management | Coal Country: Uncovering Forgotten Trails | Lessons from the Rubicon | Pathfinding Across Terra Incognita | Scouting the Sahara in Morocco | US Nomads Go to Jeep School | Learning to Read the Clues on a Map | Navigating the Desert the Bedouin Way | Route Finding with Orienteering 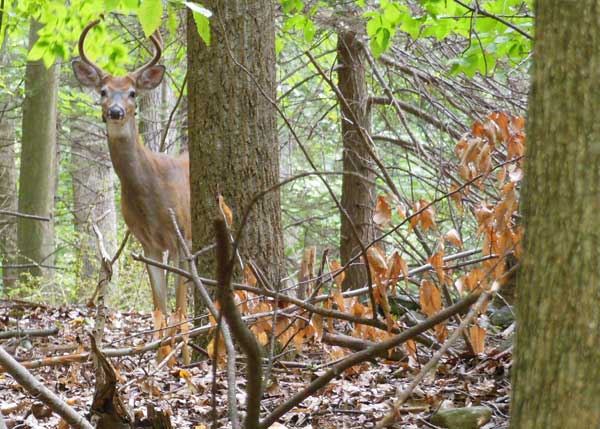 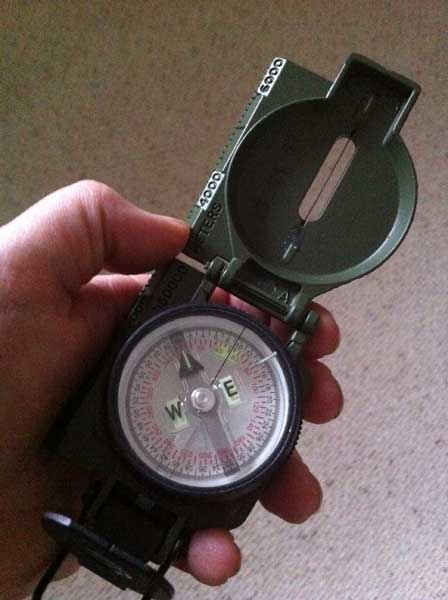