A Lesson in Teamwork 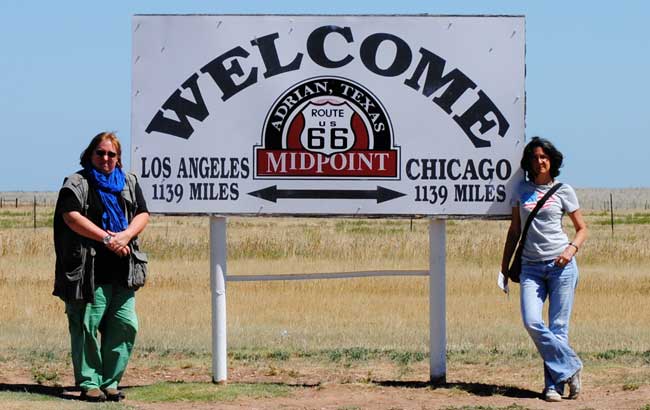 We had a lot of (mis)adventures during our six-week road trip across America that offer up “lessons” as we prepare for the Gazelle Rally. One of the more important ones is about “teamwork” and “communication” in the field…


We were starting to make our fire, when we heard thunder and saw flashes of lightening in the distance. Our peaceful refuge among the deer risked becoming something of a swamp if it came down heavy! It was a race against time to get dinner cooked (and eaten) before the skies opened up. We assembled the tent in less than ten minutes, finished eating, and stashed everything quickly, settling in as the storm rumbled closer.

Listening to the pitter patter on the tent roof growing faster and harder, we could only hope it wouldn’t leak. We waited. We looked at the roof. Listened to the beat. Looked at the roof some more. The tent was holding up. We were dry. A bit relieved, we let ourselves be lulled to sleep by the rythym of the rain.

In the morning we were STILL dry. And the sun was out!

The plan was to take a short canoe trip on the Meramec River before getting back on the road. So we broke camp almost as fast as we had set up, and headed to the canoe livery.

The Meramec River is one of the longest free-flowing waterways in Missouri—it wanders some 220 miles through the Ozark Highlands before emptying into the Mississippi. Fed by Maramec Spring and many smaller springs, it can be floated most of the year, usually along the segment between Maramec Spring and Meramec State Park. This is a nice easy river, rated Difficulty I and occassionally II.

Surprise! Last night’s rain had raised the river level. A lot. According to the lady at the outfitters office, yesterday it had measured 3.44 but this morning it was at 5.6. If it got to 6.0 no one was allowed on the river at all. She explained that at the current level only very experienced canoe paddlers should chance it.

Well, at least we were smart enough to know we were definitely NOT in the “very experienced” category. Disappointed, we confessed our quite “moderate” canoe experience and prepared to leave. She raised her head, calling us us back: “You could still go rafting, though…”

And so we found ourselves being loaded onto an old yellow school bus, with a bunch of local families toting very large coolers. We felt a bit under-prepared, carrying only an extra bottle of water each.

The ride to the put-in point was rather interesting, as the bus driver gave a “tour” of the local area, pointing out the school and the post office and a few other municipal buildings as if on par with the Statue of Liberty, the Empire State Bulding and the Metropolitan Museum of Art. Nevermind. He was proud of his town. We weren’t exactly sure if this was just for our benefit, or if it was his standard “talk,” but we found it interesting all the same.

Coming from the major metro regions–New York and Paris–it is too easy for us to overlook the hidden treasures of a small town. Local pride remembers. Each place has its own story. We just needed to listen and learn to see.

At the river’s edge we were given our oversized orange rubber raft and led to a muddy “ramp.” The two guys ahead of us slipped, falling on their butts in the slick mud. We vowed to do better. I walked ever so carefully through the mud, determined not to make a spectacle of myself. Then just as I got onto the raft I lost my balance, sliding right off into the shallow water! It was pretty hysterical, actually. I struggled with the cumbersome life vest that was now preventing me from righting myself in three feet of water, before finally coming up soaking wet and laughing hard. This was definitely one of those things that “could only happen to me!”

Oh, well! The sun was so hot, being drenched from head to toe actually felt good!

After my unintentional “dip” in the river, we took off, paddling slowly and just enjoying the calm beauty of the morning light on the muddy water.

The first European explorer to travel this river was a French Jesuit priest who reported that the Algonquian name for the river meant “the river of ugly fishes” or “ugly water.” During it’s hey-day, the Meramec was an important industrial shipping route, with lead, iron, and timber being sent downstream by flatboat and shallow-draft steamboat. Today it is mostly used by commercial tourboats, the occassional gravel mining barge, and canoes and rafts.

With many hiking trails along the river and up over the bluffs, the Meramec is an excellent choice for a relaxing recreational float. From here visitors might see herons, beavers and other species of river wildlife.

We didn’t see any beavers during our float, but we did run into their dam — literally! We actually got “stuck” on it.

It seems true egalitarianism is not a good strategy for steering a raft. As we paddled along in anarchical bliss, we soon found ourselves working at cross-purposes, spinning the raft in circles, as we each tried to anticipate the other, switching sides, and ultimately continuing to paddle in opposite directions. Meanwhile the river carried us forward, spiraling dizzily toward some trees. Somehow we got ourselves “corrected” and straigtend out a bit. Until it happened again. This time we were spinning straight towards a big old beaver dam in the center of the river. We frantically paddled independently again. Spinning the raft again. And uh-oh… We were snagged “on” the dam. Pushing off with all our might we got back in the flow of the river, and moved beyond. We finally realized that even on a rubber raft, someone had to be in charge — and we had to communicate.

“Team work” lesson learned, we got a lot better at keeping our boat afloat.

From then on it was “smooth sailing,” and we could appreciate the slow pace of the river. Exploring by raft gave us a more intimate connection with the land than we could have while driving through. Here we are “down” in the middle of it. Our eyes have time to scan the horizon, to focus on details along the banks. The stillness broke as an eagle flew out of the treeline, soaring above us. Then a beautiful black and white butterfly landed on our raft and accompanied us almost to the end of our float. It was amazing!

Too soon we spotted the take-out point. We would have to leave the lazy river behind. Tiime to get back to the road…