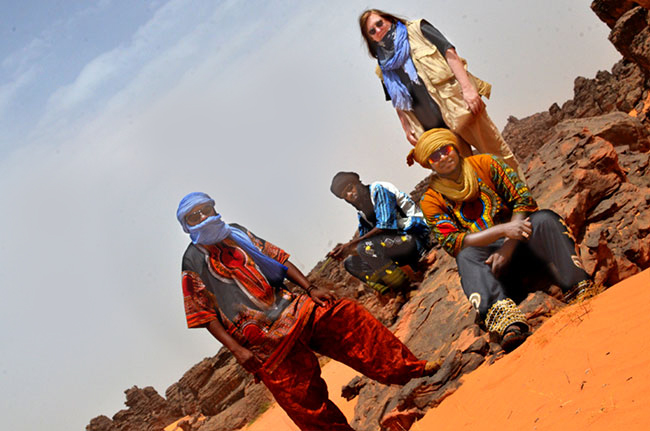 NEW YORK, USA — I arrived home to New York today, exhausted from the three flights and long layovers, but still feeling the magic of the tenere. And the Saharan sand is still in my boots, and probably everywhere else too — a small pile of desert fell out of the bottom of my duffle bag when I finished unpacking. It will take me a while to process everything from the trip, edit through the photos, organize the GPS tracks and map the routes, and put all my notes into a coherent report. That is all the longer, harder part of the project after the rush of the actual journey.

I really learned so much more than I could have imagined during this trip. I went to Djanet looking for very specific details about locations, conditions and logistics in the southeast of Algeria, but came away with new knowledge about driving, navigating and desert “bush-craft” thanks to my Tuareg friends. Mohammed was a very patient teacher, and I really appreciate his interest in furthering my desert “education” while we were out there. I will miss our shared nights under the stars, with Tagazou and Saghd improvising song lyrics while kicking out assouf beats on their guitars.

And as always, the Sahara worked its own magic. Even when you think you have found the most perfect beauty in the desert you go further and find something even more perfectly beautiful. Strong and soft at the same time. It is full of contradictions. Mystery and fact. Eternal and ephemeral. I look forward to returning sooner rather than later…