Something About Sand Dunes… 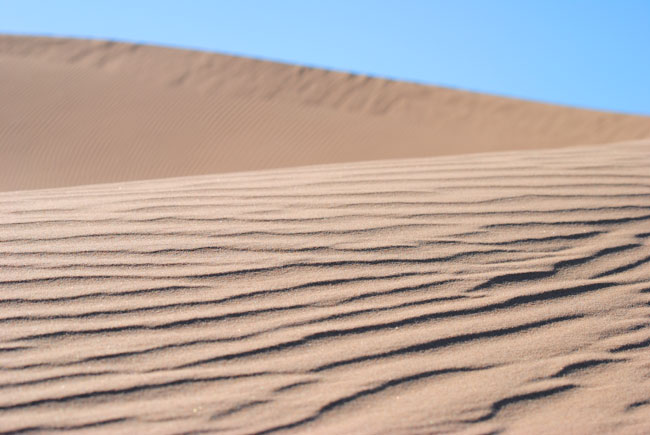 There is something mysterious about the vast seas of sand, the great ergs, of the Sahara. They stand intimidating in their magnificence, and the idea of even trying to drive across them seems pure folly. Yet that is exactly what we will have to do during the Gazelle Rally.


With that thought in mind, we’ve pulled together a bit of information from various resources in an attempt to “de-mystify” the dunes and get a better understanding of their structure…

WHERE DO SAND DUNES COME FROM

Though we might like to think of the desert as the giant sandbox of a playful god, the reality is more mundane. According to the USGS, three things are required for dune formation to occur: a large supply of sand, wind speeds capable of moving it, and an ideal location for its accumulation.

The sand itself can be derived from either rock or biotic sources. It can come from nearby or be transported from miles away by streams and rivers, or even as dust in the air. Most of the sand in temperate regions is a combination of minerals eroded from bedrock. The primary component of rock-derived sand is silica, which is very resistant to erosion. In areas closer to the equator, Calcium carbonate, or CaCO3, is also found in high percentages. A biotic by-product, calcium carbonate is grown as a shell or skeleton by marine organisms such as molluscs and corals.

Dunes form as the sand begins to pile up, because the wind keeps blowing more sand up to the top of the pile until the whole thing gets so steep that it collapses under its own weight. The collapsing sand comes to rest when it reaches just the right steepness to keep the dune stable. This angle, usually about 30-34°, is called the “angle of repose” (every pile of loose particles has a unique angle of repose, depending upon the properties of the material it’s made of, such as the grain size and roundness). The repeating cycle of sand inching up the windward side to the crest, then spilling down the slip face, means a dune actually moves forward in the direction the wind blows.

The wind speed and direction determine whether or not an accumulation of sand will eventually become “dunes.” Dune formation requires a specific relationship between the weight and size of the sand grains and the prevailing, or normal, wind. A breeze of 10 mi/hr will put fine sand in motion, but will not form dunes. If the wind blows too hard, any existing dunes will actually be destroyed, as can happen in hurricanes (though once the wind drops back down to normal the dunes start to form again).

The size and weight of the individual grains of sand define how they move. The finest grains can be suspended in the air and carried. Heavier grains bounce along as they are lifted into the air, fall back to the ground, then bounce back up again. The heaviest grains the wind can move are usually nudged along by impact from the smaller bouncing, grains.


THE STRUCTURE OF DUNES

While Every dune has a windward side and a slipface, all dunes are not alike. National Geographic explains that there are five major dune types, based on shape: crescent, linear, star, dome, and parabolic.

Linear dunes form straight or nearly straight lines. Some linear dunes are shaped like a wiggling snake, with regular curves. Linear dunes develop where wind pressures are nearly equal on both sides of the dune.

Star dunes have pointed ridges and slipfaces on at least three sides. They develop where winds come from many different directions as is the case in parts of the Sahara.

Dome dunes are the rarest type of dune. They are circular and do not have a slipface. The wind can blow material onto the dune from any side.