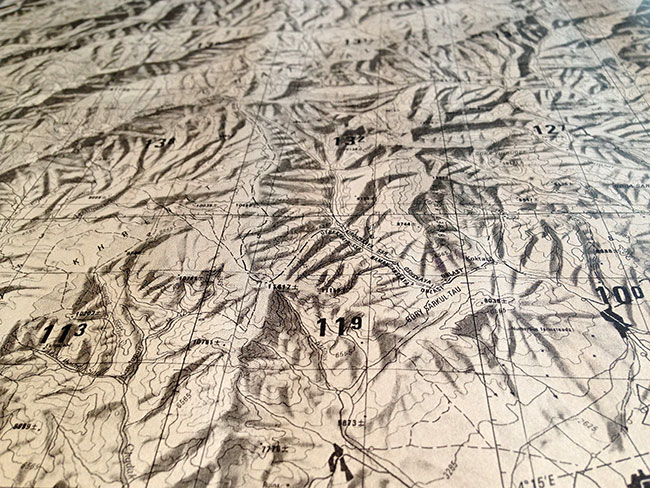 NEW YORK, USA– Today I leave for Kyrgyzstan in Central Asia, an important crossroads of the ancient Silk Road caravan routes. It is going to take me a few days just to get to the starting point in Bishkek from New York. I have two very long flights and an 8+ hour layover to endure (hoping I can get some sleep on the flights!). Still, excited to be starting a new journey to an unfamiliar region, with new challenges and opportunities to explore. And at the same time, looking at the connections between this area and my more familiar environments, and the connection remains the nomadic experience — both ancient and modern.

Old caravan routes have become something of a thing for me. I am not sure if it is the history or the mystery or the remote and awe-inspiring landscapes, but something about these places draws me in. My familiarity with the North African trans-Saharan routes and their history gives me some points of comparison, but the Central Asian Silk Road routes have a unique cultural and historical context. I’m hoping to immerse myself in that a little bit while I explore the terrain and get to know something about modern Kyrgyzstan itself.

One of the most intriguing aspects of this trip will be the exposure to a very different terrain and environment from the deserts I have grown comfortable with. Kyrgyzstan is a nation of high mountains. In fact 90% of the country is mountainous with an average elevation of around 9,000 feet. The initial idea for this trip was to drive the “Parmir Highway” which is the second highest road in the world. That drive will take more time than I have available now, and I also wanted to be sure that I can handle the altitude before committing to a long solo journey across it — so the current trip is something of a “test-drive” at elevation for me. I have no experience in very high mountains at all, and imagine that this terrain may present some new challenges.

I am a bit concerned about the weather so late in September and have packed a whole range of clothing and jackets and hats to cover everything from hot desert-like climate to cold weather winter conditions (luckily Turkish Airlines gives me the right to two pieces of checked luggage). It is like I am outfitting myself for a journey into the “unknown” where anything can happen and my only real “expectation” is to be surprised. It is a very good feeling to have at the start of trip, and the anticipation is helping balance the dreaded lost days spent in-flight and in airports.

I’ve gone over my checklists, have all my documents in order and stepping out the door full of hope as I look forward to learning new skills and discovering a whole other kind of space…