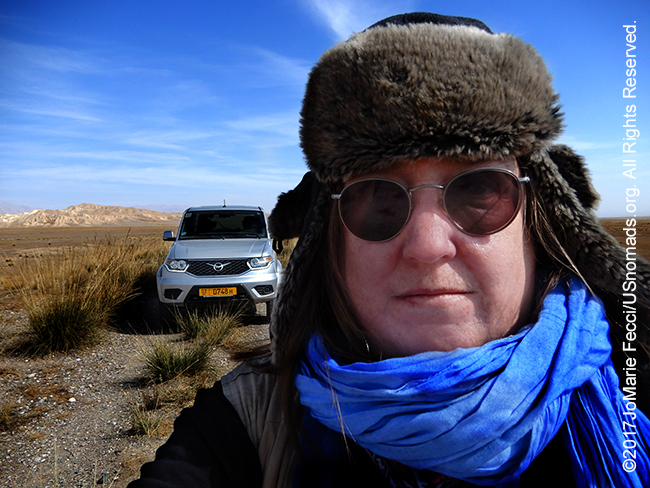 BISHKEK, KYRGYZSTAN — Another long flight overnight and woke up as we landed in Bishkek a little after 8am local time. The airport was much less hectic than Istanbul, and the border formalities were straight forward. I was very tired and glad to have someone waiting for me with a vehicle to take me to the Southside Guesthouse where I was able to sleep a little while before attempting to start my day and get acquainted with the new timezone.

My first impressions as I made my way into the city was how quiet it seemed. The boulevards were wide and straight but seemed kind of empty and everything seemed a little bit laid back. I was able to find a place to change money nearby and a store to buy some basic groceries and a place to go eat locally. I would have to find a local mobile phone and a sim card in the morning before leaving for my roadtrip, but I was lucky to get my vehicle and review everything today.

The truck I will be driving is sourced from Iron Horse Nomads. The Russian-built UAZ patriot is supposed to be equivalent to a Jeep in terms of capabilities. This particular version is a stock vehicle outfitted with an off-brand tire that is considered to be a good compromise All Terrain tire for local conditions both on and off road. The UAZ seems nice and comfortable and apart from a few weird quirks feels familiar enough. It is a manual transmission which will be more challenging for me than the automatics that I am most used to, but it should not present any problems. The bigger challenge for me will be trying to read signs in Cyrillic. I have also been alerted to a number of “nuances” of local driving and law enforcement that I will need to be aware of.

The day was full of administrative details and preparations for the journey ahead, and I was itching to finally get out on the road. My plan is for an early wake up and a decent head start along a section of the Parmir Highway before turning off for a village in the middle of a great gorge.

I have a couple of options in terms of my itinerary, and my choice will probably depend on how long it takes me to get the phone, change money and shop for supplies in the morning. I settled in for an early evening at the guest house and took the time to repack my gear in a way that made sense for a roadtrip before turning in for the night.

The adventure begins in earnest in the morning…