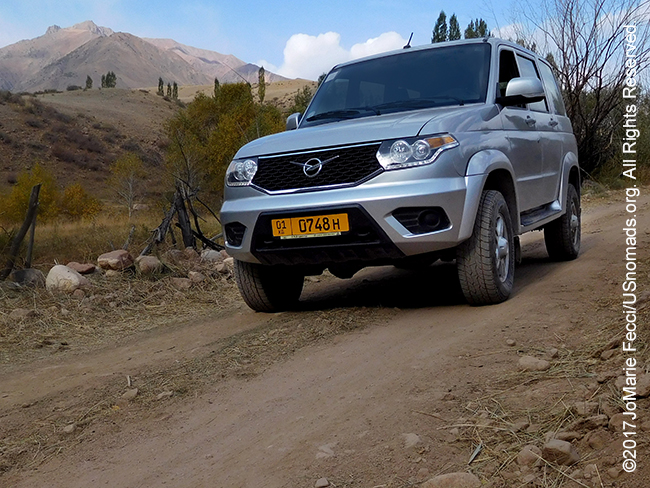 BISHKEK, KYRGYZSTAN — This morning begins the long journey home. I was up early to pack and return the UAZ. The city streets were calm so early and it was hard to relate the quiet emptiness of the morning with the chaotic crowds of last night. But I was glad for the calm. And a little bit sad at the thought of returning to the “modern” world after a week in the timelessness of Kyrgyzstan’s back country.

The trip has been short but intense, and it felt a little bit strange to leave just as i was getting more comfortable with the culture and beginning to be able to communicate. Still it was an excellent introduction to the region, and I know I will be coming back — hopefully in the summer — for a longer journey next time.

The drive to the airport seemed longer than when I had arrived, but perhaps it was just more traffic. Or I was tired and less “excited” to start the return than I had been on my arrival. In any case, I had plenty of time before my flight and did a quick stop at the airport shops while waiting.

The first flight is short, but I have a long layover in Istanbul and another long flight back to New York… [read more]